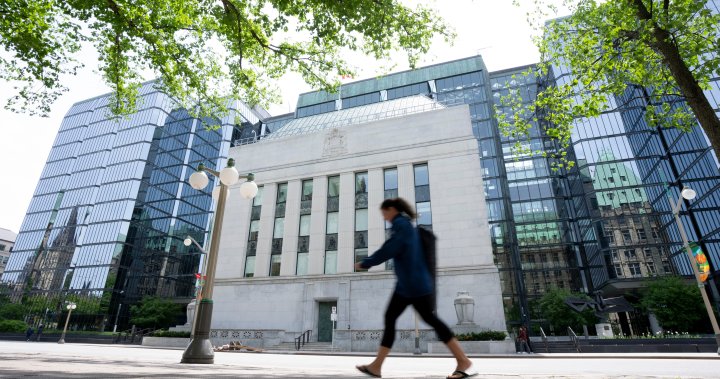 The Bank of Canada will outline what it sees as the key vulnerabilities and risks to Canada’s financial system Thursday morning.

The Bank of Canada has been raising interest rates to try to curb inflation, which is also increasing the carrying costs of mortgages.

Last year’s review focused on the intensification of household vulnerabilities from the housing market, while at the time the bank still expected inflation to peak near three per cent last summer before easing later in 2021.

Inflation has instead intensified, in part due to Russia’s invasion of Ukraine, with Statistics Canada saying inflation hit 6.8 per cent in April driven up largely by higher food and shelter prices.