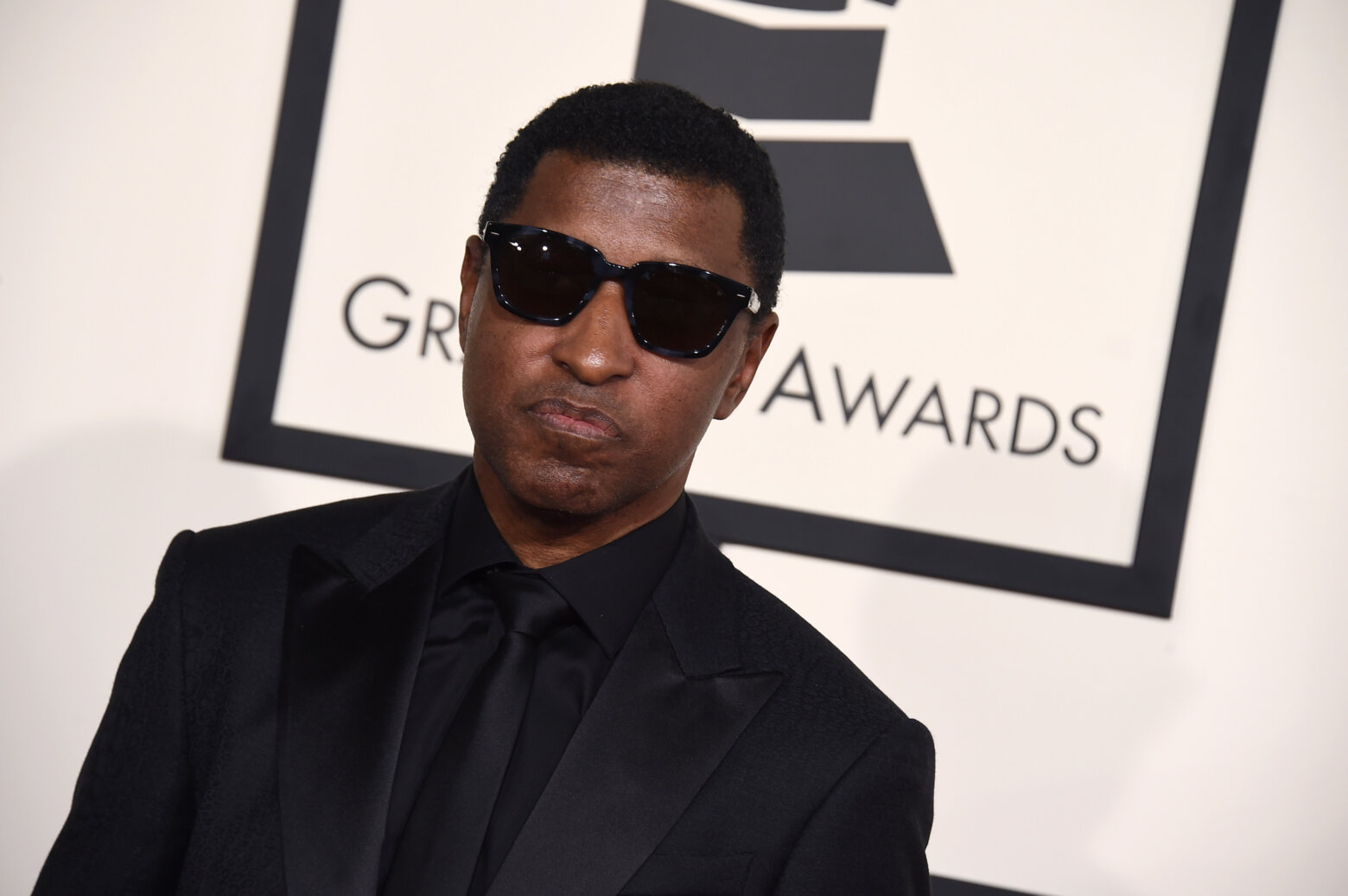 Hear our full conversation on my podcast “Beyond the Fame.”

Kenny “Babyface” Edmonds has won a whopping 12 Grammys throughout his career.

This Saturday and Sunday, he performs live at MGM National Harbor in Oxon Hill, Maryland, in a triple bill with R&B musician Kem and comedian Sherri Shepherd.

“She opens up first, then she introduces me, then she’ll come on again, changing the stage to introduce Kem,” Babyface told WTOP. “I’m just excited about the tour, because we’re doing about 28 cities. I haven’t done this kind of tour in such a long time, so it’s going to be fun. … Kem is great and Sherri is great, so it’s going to be a fun night.”

You’ll hear a collection of songs Babyface wrote for others and recorded himself.

“What will happen when I do my show, I always go through a medley of songs that I have written and produced for other people as well and that’s a really fun part of the show, really going down memory lane and everyone has a good time,” Babyface said. “It’s high energy and the show is going to be great, so I hope everyone comes out to see it.”

Born in Indianapolis in 1959, Babyface’s older brothers formed the R&B group After 7.

“I started really early just loving music and probably in the sixth grade started writing my first songs,” Babyface said. “I went to high school and must have been in a million bands [under] different names, then right out of high school I joined a band called Manchild and it was on, I kept doing it, I had no other choice to do it, this is what I was born to do I think.”

His youthful look earned him the nickname Babyface from funk performer Bootsy Collins.

“The first time he saw me, that’s just the name he blurted out and everybody just started calling me that,” Babyface said. “Fortunately, it worked out for me years later.”

Babyface soon joined the funk and R&B group The Deele, which included drummer Antonio “L.A.” Reid. Together, they combined names to form LaFace Records in 1989.

“He was performing at The Zodiac Club and a couple years later we ultimately connected and became partners in doing music together,” Babyface said. “We were producing so many different people and things looked like they were working, so we decided to try to start our own label and went down to Atlanta. Thank God Atlanta had so much talent.”

“The first time we met was ‘End of the Road,’ which was part of a soundtrack of a movie called ‘Boomerang’ that Eddie Murphy did,” Babyface said. “I had them in mind because it had this old Philly international sound. … It went so well that they came back … and asked if I could write more. That’s how ‘I’ll Make Love to You’ and ‘Water Runs Dry’ came out.”

“TLC, I always say, was one of the funnest (sic) groups to work with,” Babyface said. “When they were in the studio, it was always a good time. Along with getting the music done, you always knew you were going to have so much fun just laughing and kidding around. They were great. It was one of my favorite experiences, just working with them.”

“Toni was another baby from the ‘Boomerang’ project,” Babyface said. “A couple songs were actually written for Anita Baker that Anita decided not do, so Toni got the song ‘Love Shoulda Brought You Home.’ She sung the demo, so when Anita turned it down, she said, ‘Maybe you should have the little girl that sang the demo,’ and she became a big star.”

“The song was originally done by [Wynonna], but I had to take it and make it fit for Eric,” Babyface said. “I wasn’t sure about it at first and I didn’t know Eric Clapton even knew who I was, but I got the word that he was only interested if I was the one to produce it.”

Meanwhile, he produced the “Waiting to Exhale” (1996) soundtrack, including Whitney Houston’s title track, Brandy’s “Sittin’ Up in My Room” and Mary J. Blige’s “Not Gon’ Cry.”

“I actually got a call from Forest Whitaker, who was the director of the film and who came and sat with me and asked if I would not just write the music but also score the film, which I had never done,” Babyface said. “I was a little nervous about that, but he said, ‘I’m sure you can do it, so let’s just go for it.’ It was a great experience, great working with Whitney.”

He later reunited with Whitney Houston on “The Prince of Egypt” (1998).

“No question, I’ve always said that Whitney was my favorite voice ever,” Babyface said. “Still to this day, she’s my No. 1. Her notes always seemed to be heartfelt, not sung in any technical way, just sung strictly from the heart, much like a gospel singer would do. She just had that timbre, that tone in her voice. … She was blessed with an amazing voice.”

As if that wasn’t enough, Babyface also launched Usher by producing his album “My Way” (1997), featuring hits like “You Make Me Wanna,” “Nice and Slow” and “My Way.”

“My first time seeing Usher was him coming to LaFace Records and auditioning,” Babyface said. “He was 12 or 13 years old … but he was like this adult the way he was singing to all the girls in the room. It was clear he was destined to become a star from the beginning.”

Along the way, Babyface even recorded a few hit singles of his own.

“I was more a behind-the-scenes kind of guy,” Babyface said. “It was Dick Griffey, the head of SOLAR Records, that pressed the point of me doing a solo record. … He kept on pushing that, so I reluctantly went ahead and did this album. … The second album was trying to figure out what is this artist thing? Who am I as an artist? How can I approach it?”

His biggest solo hit was arguably “Every Time I Close My Eyes” (1998).

“Kenny G came … and asked if I could write a song for Luther Vandross,” Babyface said. “I was working on my album at the time, but I stopped and started working on this song ‘Every Time I Close My Eyes’ for Luther. … He said, ‘I love the song, but that’s not for me,’ so I got ‘Every Time I Close My Eyes’ as a reject and I ended up doing that song instead.”

In 2013, he deservedly received a star on the Hollywood Walk of Fame.

“It’s a little surreal,” Babyface said. “I never make too much of it. In hindsight, I let a lot of things go by where there were successes and things happening at the time where I didn’t necessarily stop to smell the roses and appreciate it at the time, because you’re always in work mode. … I’m trying to slow down and appreciate things a little better at this time.”

Hear our full conversation on my podcast “Beyond the Fame.”