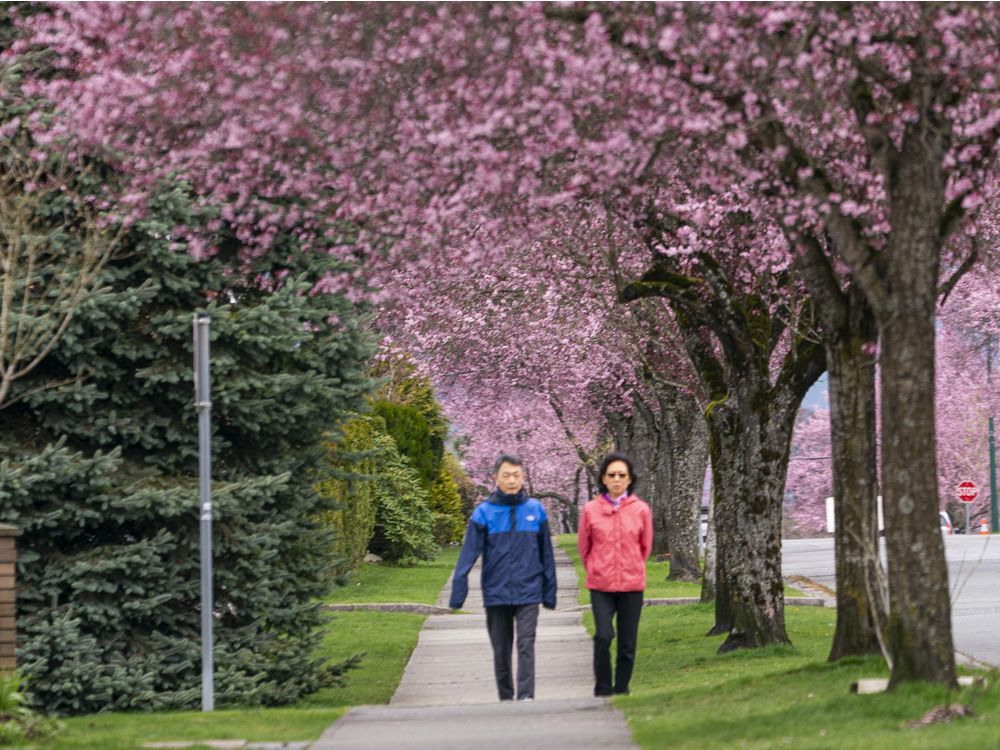 A two-week cold snap that has kept temperatures in B.C. between five and ten degrees cooler than normal could lead to minimal early spring flooding in the Fraser Basin, says a Weather Network meteorologist.

However, if things become unusually warm in late May and early June the record snowpack in the Rockies and near-record in the Cariboo might mean trouble.

Meteorologist Kevin McKay said the unusual and long-lasting cold spell was due to an “upper trough” that was pulling cold air down from the Arctic and would last another week. He said that on Thursday in Vancouver the temperature may not reach 10 degrees, which is seven degrees colder than normal.

The upper trough is also preventing warmer and wetter systems from the Pacific from moving east into B.C.

“The last two weeks have been consistently below seasonal temperature-wise,” McKay said.

“That is good news for flooding. Right now the alpine temperatures are going below freezing at night and a few degrees over during the day, when normally they would be above freezing and the snow would be melting. Any additional snowfall can be concerning if you are on the top end of the average snowpack, but this year in the South Coast the snow pack is below average.”

This system is slowly moving east, and when it gets into Alberta by the end of this week, a week of traditional wet, warmer spring weather is expected in the South Coast, McKay said.

This will be followed by warmer and nicer spring weather.

McKay said this could be a concern if it gets too warm because in the Cariboo — that feeds into the Fraser River — the snowpack is on the top end of the range, while the Rockies — that feed into the Fraser and Columbia River basins — have a record snowpack at the moment.

“Right now it’s a perfect situation to avoid the flooding, but it may be a case of postponing the inevitable if we go from a cold trend to every day being 25 degrees in the Interior and 20 in Vancouver,” he said.

“We aren’t in the clear in terms of a flood threat, but if we do see it it, it will be after the May long weekend for sure and into June,” he said.

According to the B.C. River Forecast Centre, there are no flood warnings or flood watches in the province.

There is a high streamflow advisory in effect for the Thompson River near Spences Bridge, which was site of heavy flooding last November.

The centre’s next Snow Survey and Water Supply Bulletin is due for release on Tuesday.

The spring thaw is of particular concern this year after major wildfires, droughts and mudslides that altered the landscape and waterways across the south of B.C. in 2021.