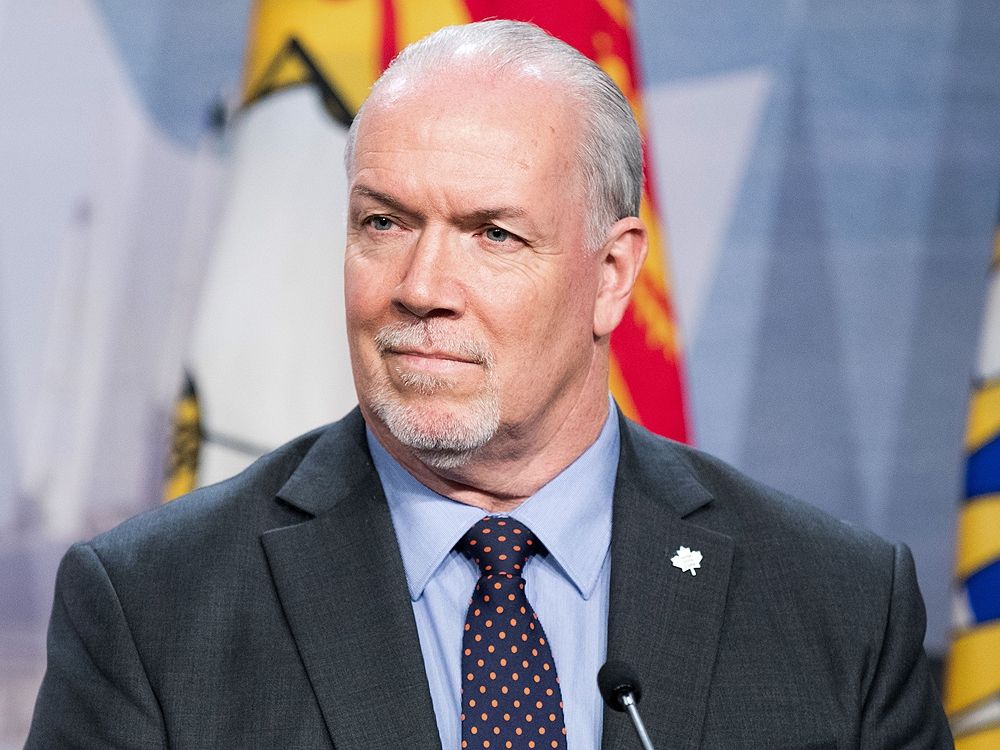 The B.C. NDP, which won a majority government after it called a snap election during the COVID-19 pandemic last year, continues to be the favourable party among voters, suggests a new poll.

The Angus Reid Institute poll, released Thursday, found 44 per cent would vote NDP in the next election, which is down slightly from 45 per cent in October and from 50 per cent in June.

As for the other parties, 29 per cent said they would vote for the opposition Liberals, 14 per cent favour the Green Party, and nine per cent would vote Conservative, according to the poll.

The B.C. Liberals elected Kevin Falcon as the new leader in February to replace Andrew Wilkinson.

But when it comes to approval rating for the party leaders, more than half (55 per cent) prefer Premier John Horgan’s leadership compared with just over 18 per cent for Falcon. However, 35 per cent of those polled said they weren’t sure about or didn’t know enough about Falcon, who will have more than two years before the next election to win favour.

The pollsters also asked respondents how they feel the NDP is doing in certain areas of governance, including its pandemic response.

It found 66 per cent think the provincial government is doing a good job with its COVID-19 response, while more than half (52 per cent) are satisfied with how it deals with jobs and unemployment. However fewer (44 per cent) think the government has a handle on the economy and health care.

There is not much confidence in the government when it comes to climate change, with only 38 per cent agreeing that the NDP are doing a good job on this file, according to the poll. And, very few (18 per cent) believe the NDP is doing enough to tackle the opioid crisis or housing affordability (nine per cent.)