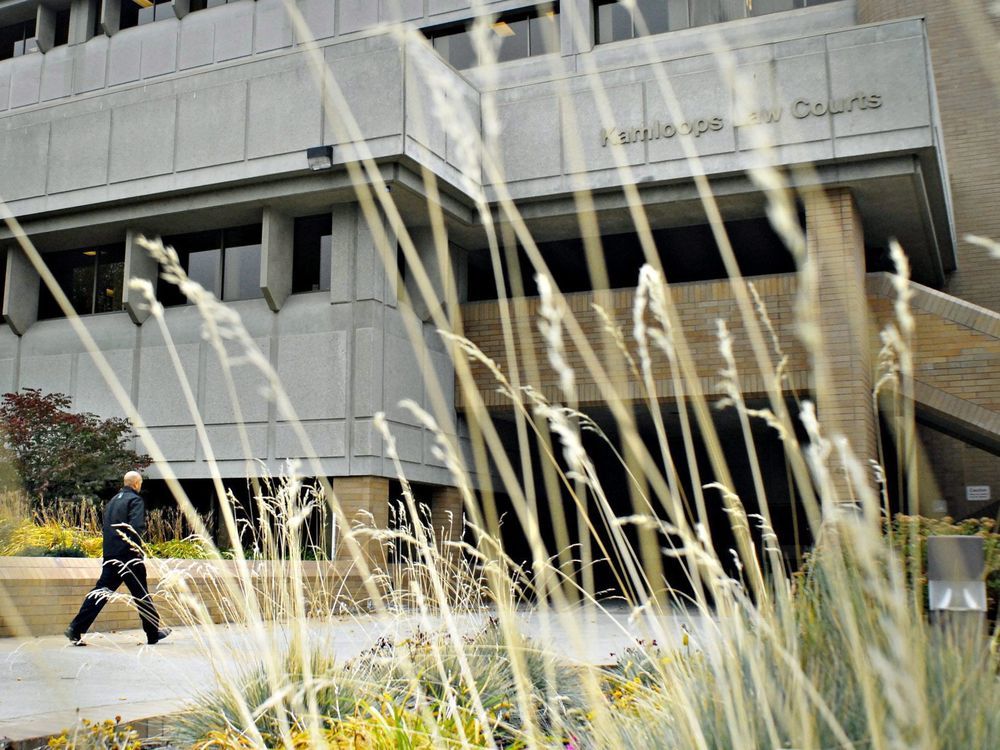 KAMLOOPS, B.C. — A family court pilot project in British Columbia may be a promising solution for domestic violence victims trying to navigate a confusing and intimidating legal system, advocates say.

An “informal” trial process is being tested as part of new court rules meant to resolve legal matters more quickly. The pilot project, developed by the Ministry of Attorney General and B.C.’s provincial court, started in Kamloops last month.

Under the model, lawyers aren’t necessary. Each party explains their side and the judge takes a direct role to control and manage the trial. The informal trial is voluntary and will only be used if all parties in the case and the judge agree.

The rollout of the project also means it can be assessed before being expanded, said River Shannon, a staff lawyer for the YWCA of Metro Vancouver.

“There are a lot of aspects to the pilot that I think really, really work. I think almost every aspect of this pilot is very much worth investigating and assessing, and if it’s positive, I would personally be really excited to see it rolled out to more registries,” Shannon said.

The provincial court said in a release the aim is to help people who don’t have a lawyer use the legal system by setting aside strict court and evidence rules and just allow them to present their case “more naturally.”

“It has certain features of a traditional court process that I think are protective for survivors,” Shannon said.

Those include a court record and a judge who assesses evidence and acts as both an arbiter and questioner, and it allows for an appeal process, Shannon said.

The ministrysaid the project will take about two years to adequately test and “collect meaningful data.”

“The pilot is being monitored by the project team on an ongoing basis and evaluation planning is underway,” it said in an emailed statement.

When asked for comment from the chief judge, the court referred to its original statement, but added the Kamloops location was chosen based on several factors including “volume of cases and available resources in provincial court locations.”

Kathleen Kendall, a family duty counsel lawyer in Kamloops, said she was consulted before the start of the pilot.

“I think it’s really important for the judges to emphasize to people that this is voluntary, that it’s only going to be (used) if you consent to it,” she said. “It’s going to be a more open process and I think that can work well for self-represented people.”

Another project operating from the same family court rules has been criticized by some advocates.

The mediation aspect of the Early Resolution Model, currently operating in Victoria and Surrey, risks repeating the same power imbalances that exist within abusive relationships, said agencies that support people transitioning out of relationships with domestic violence.

“I appreciate (the province) is trying different things, and this is closer to what we would want to see, not what they’re doing in Victoria and Surrey, when it comes to violence,” she said.

MacDougall said research has found that mediation in legal proceedings involving victims of intimate partner violence “should not be used and should not be suggested.”

“Rather, we believe that a victim should have the benefit of an advocate, as well as a lawyer,” she said.

MacDougall said the most important aspect to the informal court model will be ensuring judges are trained in intimate partner violence and are willing to hear evidence about abuse.

“The devil’s in the details, but so far it’s looking like this is a better practice,” she said.

The statement from the Ministry of the Attorney General said provincial court judges attend 2 1/2-day education programs twice a year for training on subjects including intimate partner violence and mental health issues.

Shannon agreed the informal court process seems to address most of the complaints from victims’ advocates about dispute resolution.

“I tend to be a pessimist but I’m really optimistic about this pilot, and I would like for British Columbians to be excited about it and watching it because it might really offer a realistic solution, especially to low-income or self-represented folks moving through the family system.”

— By Brieanna Charlebois in Vancouver.

This report by The Canadian Press was first published June 5, 2022.