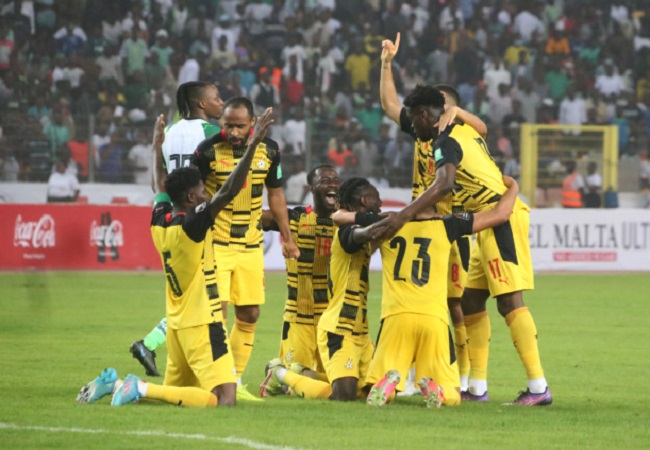 Black Stars of Ghana knocked out Super Eagles of Nigeria to secure a place in Qatar for 2022 World Cup. And speculation has going on that a number of players, including Callum Hudson-Odoi, Eddie Nketiah and Mohammed Salisu could be drafted into the Ghana national team for the tournament in November.

Also Read : CHECK OUT ALL THE AFRICAN NATIONS QUALIFIED TO QATAR 2022

And for his opinion, former Black Stars captain, Asamoah Gyan wants players to be ‘treated fairly’ as Ghana is seeking to recruit players eligible for the Black Stars ahead of the world football big mass.

Speaking on Asaase Radio, Gyan suggested that any new player should prove themselves before being selected.

Also Read : GHANA PRESIDENT OF THE REPUBLIC ASKED GFA NOT TO CHANGE THE WINNING TEAM UNTIL QATAR

Asamoah used the story of his brother as a case in point, speaking of how Baffour Gyan gave up on football after he was put on standby in 2006 despite playing most of the qualifiers for the Black Stars.

Asamoah added that Baffour lost all interest in football after that unless his brother was involved.

“It happened to my brother. In 2006, he played 90 per cent of the qualifiers. And then, they brought strikers who had never played one game. He was on standby. That was when my brother gave up on football.” Asamoah Gyan said.

“He doesn’t follow football. He doesn’t watch it. He doesn’t like it. And he’s purely a businessman. Sometimes people have to be treated fairly.”

“No player would like to be [left out] especially having played all the games. When these players come, they don’t even play one game. They just sit on the bench, get their bonuses and go, they don’t compete. If they bring these players, they have to show us something, they have to prove to people that they deserve to get into the team. That’s all I want. We all want the national team to be better.” He continued.