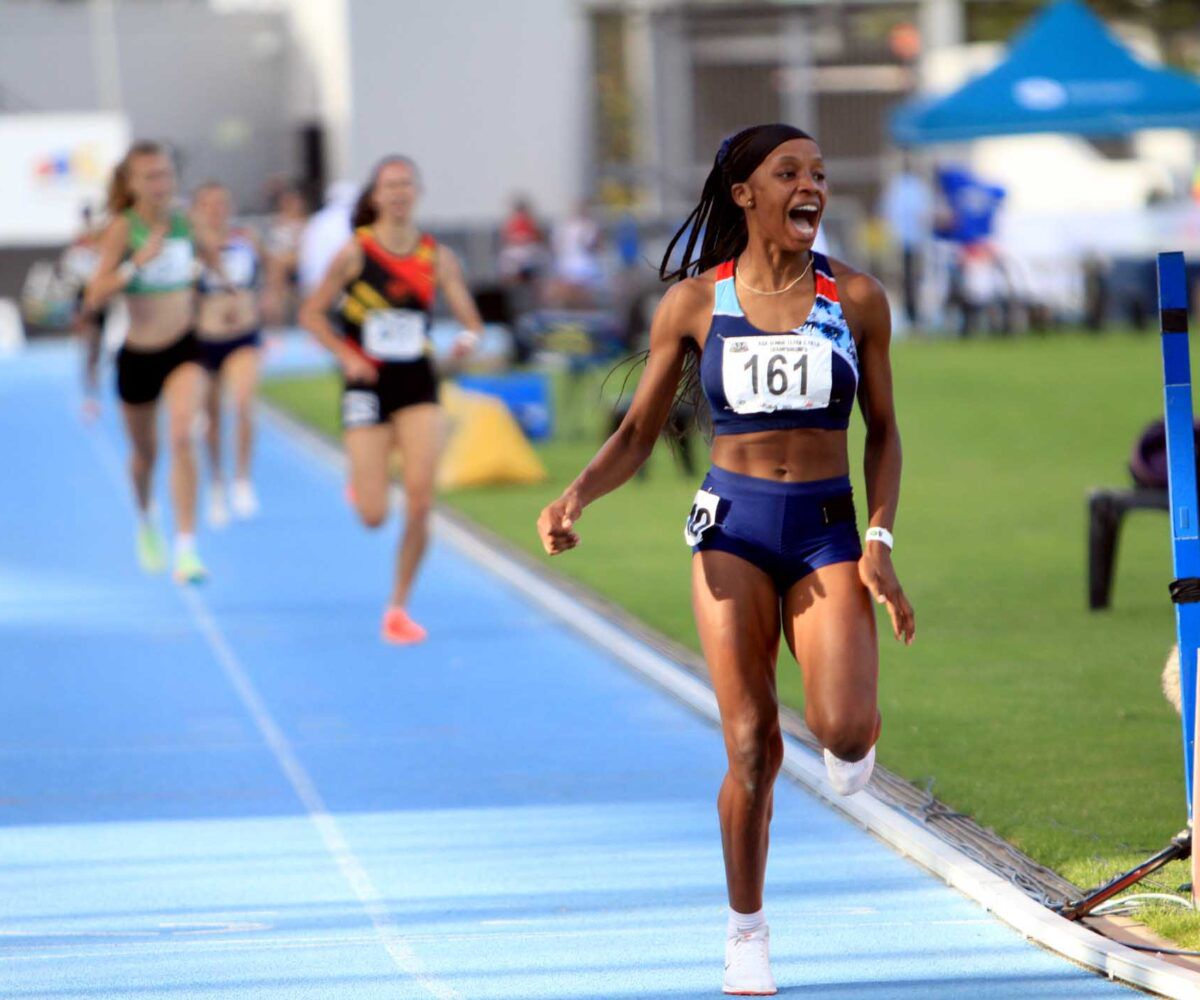 Prudence Sekgodiso outclassed the rest of the line-up and Nkosinathi Sibiya won a hard-fought battle down the home straight to secure the national women’s and men’s 1 500m titles on Friday, bringing a thrilling close to the second day of competition at the ASA Senior Track and Field National Championships at the Green Point Stadium in Cape Town.

Sekgodiso showcased her versatility outside of her specialist women’s 800m to win gold in 4:16.38.

She kicked hard to open a gap and held on to win comfortably, with Carina Viljoen (4:20.07) finishing second and defending champion Danielle Verster ending third (4:20.53).

Sibiya won a tight sprint for the line in 3:39.62 in the men’s version of the race, holding off challenges from Christopher Swart (3:40.53) and pre-race favourite Ryan Mphahlele (3:40.68), who grabbed the silver and bronze medals, respectively.

In the field, Olympic shot put finalist Kyle Blignaut cleared 20 metres to wrap up another national title with a 20.09m heave. Though he blasted the shot put more than 30 centimetres further than his nearest opponent, Burger Lambrechts (19.78m), Blignaut admitted he was not yet in his best form. He, nonetheless, remained confident of challenging for international titles later this year at the African Championships and the Commonwealth Games.

“I’m happy to go over 20m again but I feel like my season just doesn’t want to get going,” Blignaut said.

“I just wanted to come here and defend my national title and now I’ll go back to the drawing board with my coach (Pierre Blignaut).

“This was my third or fourth competition of the year, but I don’t feel as explosive as I did last year, so I think I need to get back into the gym and work towards my other goals this season.”

On the track, Marione Fourie earned a convincing victory in the women’s 100m hurdles final, though she was unable to target her second sub-13 performance of the season due to the cold and windy conditions. Fourie charged over the line in 13.43 seconds, finishing well clear of silver medallist Charlize Eilerd, who pocketed the silver medal in 14.00.

“The wind was a little hard and I felt cold, but it was a great race. My technique was ok but I had the wind in my face,” Fourie said.

In one of the highlights of the day, Clarence Munyai was quickest in the men’s 200m semi-finals, clocking 20.03 with a +2.3m/s tailwind, and he looks ready to set the track alight on Sunday’s third and final day of competition.

“All praise to the new champions under South Easterly wind that joined the competition during the course of the day. Brilliant performances all round and young athletes definitely raised their hands to challenge senior elite in their comfort zone.

“The third and last day of competition is a final galore, making it a must-see for athletics enthusiasts on Saturday (tomorrow),” said James Moloi, the President of Athletics South Africa.