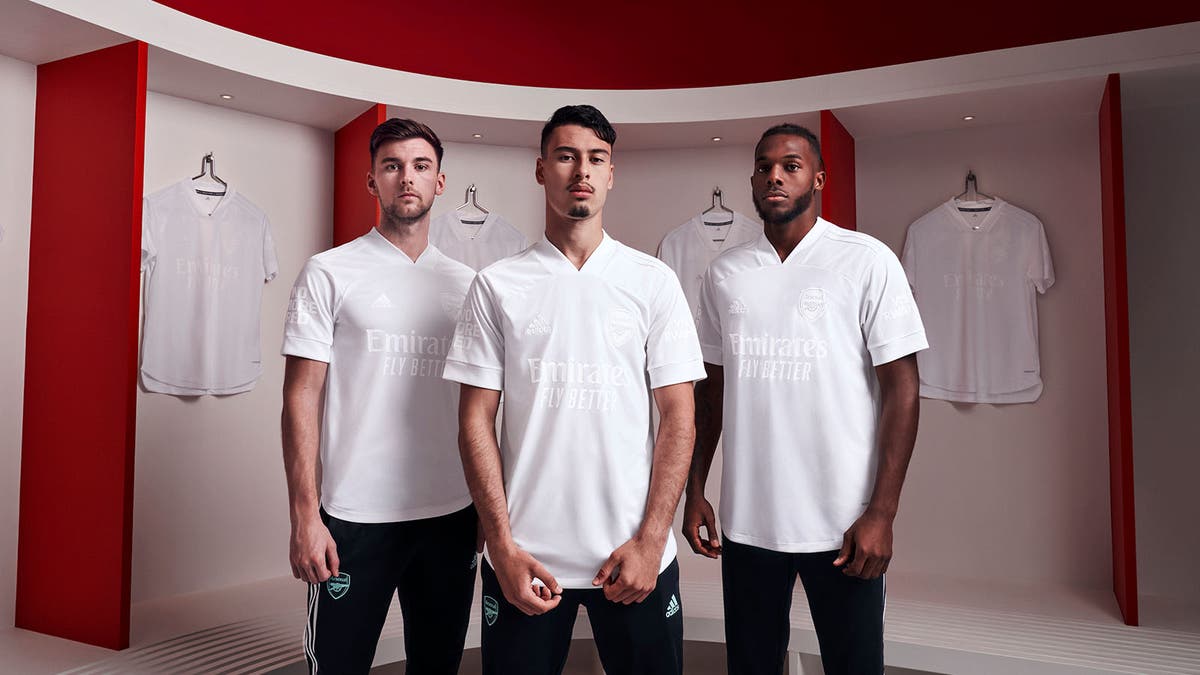 The club and Adidas have joined together to work on the campaign No More Red, which builds on the work currently being done by Arsenal in the Community.

In London alone, there were 10,000 knife crime offences during the 12-month period of June 2020 to 2021. Last year also saw the highest number of teenage murders in a year in London since records began, most of which involved knife attacks.

The No More Red initiative aims to provide safe spaces for people to play football, starting with the pitch on the Harvist Estate just minutes away from Emirates Stadium.

It will also involve a mentor scheme, with the likes of Ian Wright and Idris Elba on board with the project.

Arsenal will wear an all-white kit on Sunday against Forest to mark the launch of the initiative, replacing their usual iconic red home shirt.

The kit will never be commercially available and will only ever be awarded to individuals who are making a positive difference in the community.

Following the game, the ten shirts worn by outfield players will be gifted to organisations doing work in the community to address some of the root causes of knife crime and youth violence, such as The Stephen Lawrence Day Foundation and The Ben Kinsella Trust.

“The opportunity to live free from fear of violence. We can never accept loss of life through youth violence as ‘normal’ in our city and it’s so important that we all work together to create a better environment for young people.

“By giving young people more places to play sport, more support, and access to individuals who can inspire them, together we can help make a difference to young people in London.”