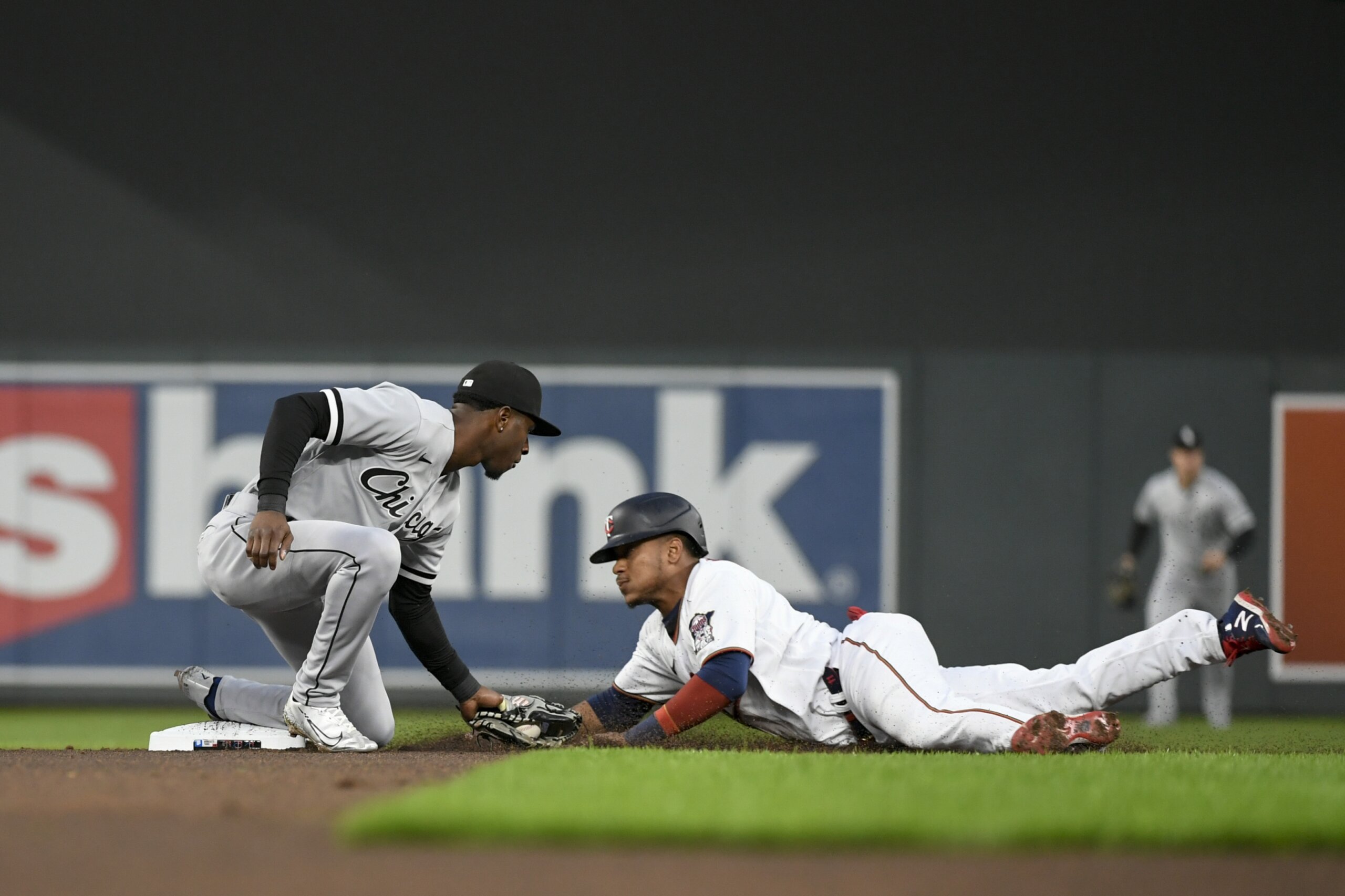 MINNEAPOLIS (AP) — White Sox shortstop Tim Anderson and first baseman José Abreu each made throwing errors on the same sloppy play, allowing the Minnesota Twins to score the go-ahead run in the eighth inning of a 2-1 victory over Chicago on Friday night.

Anderson made his sixth error in three games when he skipped a throw to first on Carlos Correa’s two-out infield single that scored Ryan Jeffers from third. Correa may have stepped on Abreu’s glove while he tried to scoop the ball, ripping it off Abreu’s hand.

“I can’t really explain,” Anderson said of Friday’s error. “For the most part, I was just trying to make a play.”

Abreu chased down the misfire and whipped the ball home, even though baserunner Luis Arraez had stopped at third. Abreu’s throw was also wild, and Arraez scampered home for a 2-1 lead.

“We put the ball in play, we ran hard, and at some point in the year, the plays are going to end up turning for you at one point or another,” Twins manager Rocco Baldelli said. “We needed it at that moment.”

Anderson was suspended shortly before first pitch Friday after giving a fan in Cleveland the middle finger Wednesday, when he had three errors in two innings as Chicago fell into a 10-0 hole. He’s appealing the ban and will play until the matter is settled.

“I have to apologize for my actions,” Anderson said. “There are a lot of people who really look up to me. I take full accountability of what I did. But it’s something that I have to learn from and grow from.”

The 28-year-old had two more errors in a loss Thursday and has six through 10 games this year. He committed 10 errors all of last season.

The White Sox loaded the bases with one out in the ninth, but Emilio Pagán escaped for his second save. He got Reese McGuire to pop out for the second out and struck out Jake Burger looking to end the game.

Twins starter Bailey Ober’s only blunder was a solo homer by Andrew Vaughn in the fifth inning. Ober struck out six and didn’t issue a walk in five innings.

Minnesota’s starting pitchers have posted a 2.73 ERA through 14 games this season.

“I think we’re kind of pushing each other week in, week out,” Ober said. “Each outing, we’re trying to one-up the other guys that just went out there.”

“I had better command of my pitches today,” Kopech said. “I was able to feel myself and my body a little bit better than I had in the first two.”

Gary Sanchéz was scratched from the Twins lineup shortly before Friday’s game. He was originally slated to catch and bat seventh. Baldelli said after the game that Sanchéz was experiencing abdominal tightness during pregame warmups and was sent to have an MRI.

Kendall Graveman (0-1) was charged with the loss. Tyler Duffey (1-2) pitched a scoreless eighth for the win.

The Twins were awarded the 2021 Green Glove Award, given by Major League Baseball to the team with the highest waste diversion rate. Nearly 99% of waste at Target Field last season was saved from landfills, which was tops in the majors. It’s the first time since the award’s inception in 2008 that it went to a team other than the San Francisco Giants (12 times) or Seattle Mariners (twice).

Before Friday’s game, Chicago placed RHP Matt Foster on the family medical leave list and reinstated OF A.J. Pollock from the 10-day injured list. Pollock was placed on the IL on April 12 with a strained right hamstring after appearing in just two games this season.

RHP Vince Velasquez (0-1, 4.15 ERA) is making his third start of the season Saturday for Chicago and will look to make it through five innings for the first time this year. Minnesota will counter with Dylan Bundy (2-0, 0.87), who has allowed just one run in his first two starts in a Twins uniform.