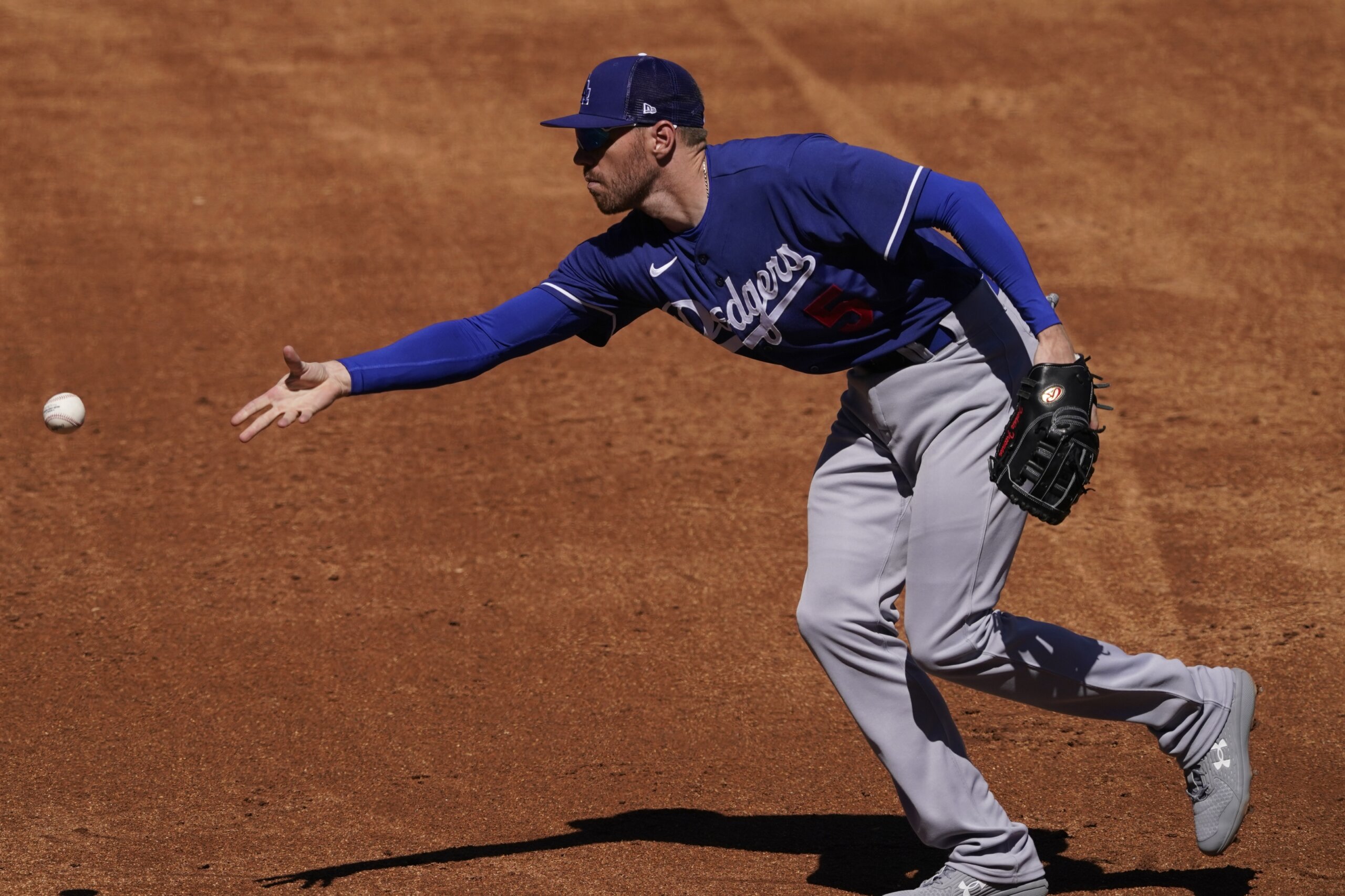 LOS ANGELES (AP) — After notching their second 106-win season in three years, the Dodgers came up short in a…

LOS ANGELES (AP) — After notching their second 106-win season in three years, the Dodgers came up short in a bid to defend their World Series title. They reloaded by luring Freddie Freeman from the champion Atlanta Braves, giving Los Angeles a fourth MVP.

Freeman joins former MVPs Cody Bellinger, Mookie Betts and pitcher Clayton Kershaw as part of a formidable offense, making the Dodgers just the fifth team in major league history to boast that much talent at the same time.

Betts is looking to put up better numbers after being bothered by a hip injury last season, although he still managed to produce an .854 OPS. Shortstop Trea Turner is coming off a career season in which he led the National League in batting average, hits and stolen bases while slugging a personal-best 28 home runs.

Manager Dave Roberts recently signed a three-year contract extension that takes him through 2025. His numbers rival that of some of his players. The team has made the playoffs in all six of his seasons, including three World Series appearances and one title, to go along with three seasons of 100-plus wins. Roberts went so far as to predict the franchise will win the World Series this year.

Freeman returned home to Southern California on a $162 million, six-year deal. The five-time All-Star first baseman hit .300 with 31 homers and 83 RBIs during the regular season last year. He batted .304 with five homers and 11 RBIs in the postseason while leading the Braves over the Dodgers in the NL Championship Series on their way to Atlanta’s first title since 1995. Freeman grew up watching the rival Angels in Orange County.

Walker Buehler, Kershaw and Julio Urías will anchor the rotation with Tony Gonsolin and new addition Andrew Heaney rounding it out. Heaney is being counted on to bounce back from a 5.83 ERA in 30 appearances with the rival Angels and New York Yankees last season. Newcomer Tyler Anderson will pitch bulk innings out of the bullpen. Veteran David Price’s role remains unknown since he didn’t pitch a game in spring training. The rotation could look different later in the season. That’s when the team is hoping to get Dustin May back from the Tommy John surgery he had late last year.

LHP Bobby Miller could impact the rotation later in the season His fastball touches the mid-90s and he has a slider in the mid-80s. C Diego Cartaya has recovered from a back and hamstring injury that sidelined him most of last season. Last year, he hit .298 with 10 homers and a 1.023 OPS in 31 games with Low-A Rancho Cucamonga. RHP Ryan Pepiot is expected to start the season with Triple-A Oklahoma City, but he could be called up to join the rotation during the season.

Bellinger has work to do to regain the form that made him the NL MVP in 2019. He struggled with mechanics and injuries last season. He came into spring training having built up his right shoulder that underwent surgery in 2020. Despite making repeated adjustments to his swing and batting stance, he had struck out 15 times in 22 at-bats this spring. Bellinger stayed in the lineup last season because of his defense in center field, although his playing time waned down the stretch and in the playoffs. The pressure is on for him to provide consistent offensive production because he’s unlikely to be afforded the same slack he had last year.

Some Dodgers favorites will be in different uniforms this season. Closer Kenley Jansen signed with the Braves after 10 years in Los Angeles. SS Corey Seager landed a $325 million, 10-year deal with the Texas Rangers. RHP Max Scherzer, whose dead arm made him unable to pitch in last year’s NLCS, went to the New York Mets on a $130 million, three-year deal. RHP Joe Kelly signed with the Chicago White Sox. Pinch-hitter Albert Pujols went back to his original team, the St. Louis Cardinals, for what could be his last season at age 42.

Pitcher Trevor Bauer’s future with the Dodgers remains in limbo. Major League Baseball extended his administrative leave through April 16 as its ongoing investigation into sexual misconduct allegations continues. Under MLB’s joint domestic violence, sexual assault and child abuse policy, Bauer could be suspended whether criminal charges were filed or not. The 31-year-old right-hander went on leave last July and it was extended repeatedly through the end of the World Series.