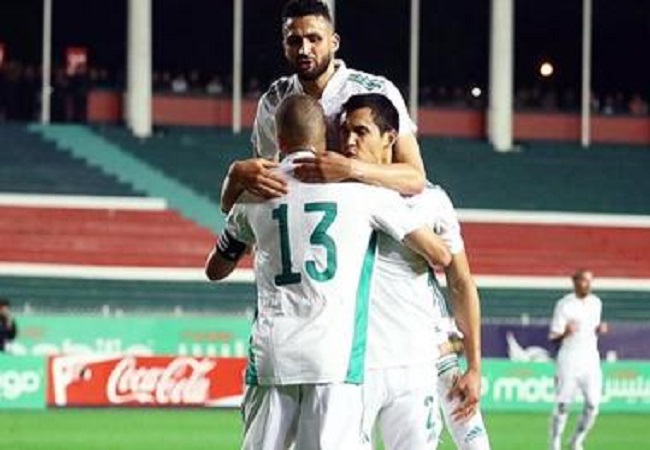 Goals from Rami Bensebaini and Mohamed El Amine Amoura in either half gave Algeria 2-0 away win against the Taifa Stars of Tanzania at the National Stadium in Dar es Salaam on Wednesday.

The Fennecs had started their 2023 TotalEnergies Africa Cup of Nations qualifiers campaign with a similar win at home against the Crane of Uganda. And the 2019 African Champions have now made it back to back victories against both East African neighbors.

The victory takes Djamel Belmadi’s men to six points and top of Group F. they are four ahead of second placed Niger who earned a 1-1 away draw to Uganda earlier in the day.

Bensebaini broke the deadlock at the stroke of halftime when he hammered the ball home at the backpost.

In the second half, Amoura was brought on for Ounas and his presence was a constant problem for Tanzania. In the 57th minute he floated in a cross from the left, but Bellaili’s header unmarked was wide.

Amoura will finally seal the victory in the 89th minute as his first goal in Algeria colors.