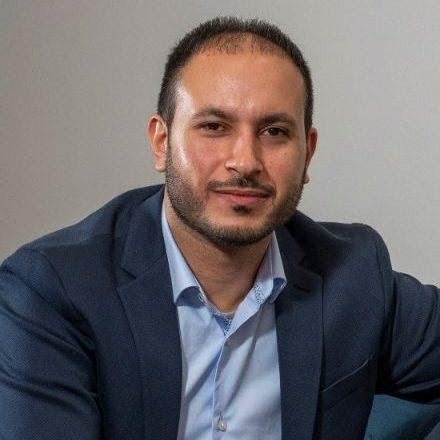 Just before the turn of the century, a renowned Harvard professor published a series of reports on how to fuel the economy through company ‘clusters’. These would be geographically grouped corporations that would all feed off both the collaborative and competitive energy of being in the same place as similar organisations. These reports proved to be hugely influential, and former Prime Minister David Cameron’s UK government set out plans to create a new hub of financial technology in the UK, called ‘Tech City’. London’s Old Street Roundabout was selected as the location for this exciting new project, and it was soon nicknamed ‘Silicon Roundabout’ as a nod to its aspiration to emulate California’s Silicon Valley.

Now, it appears the metaphorical student has become the master – the Silicon Roundabout experiment has worked wonders. Fintech is one of the fastest-growing global industries, and in 2020 fintech investments worldwide exceeded $44 billion. The US market still unsurprisingly holds the majority at $22 billion, but the UK market has expanded to the point that it now accounts for the second-largest share of the global fintech industry.

The UK has established itself as a forward-thinking force to be reckoned with in the fintech sphere. Rishi Sunak has called on the Royal Mint to produce an NFT, and the Bank of England has announced plans to roll out a national digital currency. This would consist of ‘stablecoins‘, which would differ from cryptocurrencies like Bitcoin in that they would be joined to the national currency. Stablecoins would therefore only increase and decrease in price in accordance with the sterling’s own fluctuations. By contrast, the US has been slower to act in this market. It is only in the early stages of introducing similar innovations, with President Biden recently ordering government agencies to explore this crypto-avenue and determine if a US digital currency would be a wise move.

Numerous policy-makers and business leaders in the US are beginning to look to the UK in order to anticipate the direction in which the fintech industry is heading.

At the forefront of the UK’s fintech revolution is Algbra, a purpose-driven digital banking proposition. It is emerging as an ethically-minded alternative to traditional banking systems, providing users with various ways of supporting charitable organisations through the Algbra app. A key aspect of the UK’s vision for the future is sustainability, as was highlighted in the government’s multitude of pledges at COP26. If fintech is set to be a core ingredient of that future (as well as recent moves to create a net-zero future) then it is vital that the technology remains inclusive and environmentally-conscious. Algbra is helping to ensure this is the case. Via the app, users can keep track of their water and carbon footprints, and Algbra has also taken steps to introduce a sustainable card. Integral to this pursuit is Algbra’s partnership with Mastercard, having joined the multinational payment company’s Priceless Planet Coalition.

The announcement of this trans-atlantic partnership points towards the emergence of the UK as a pivotal player in the global fintech space. The US can certainly learn from the UK’s digital banking blueprint, which involves open-banking and boosted cyber-security through an emphasis on the cloud. The UK’s open-banking system forces the UK’s nine biggest banks to share their data with licensed start-ups; this facilitates significantly faster expansion for these smaller companies. This has been singled out by Karen Mills, the administrator of the US Small Business Administration for President Obama, who stresses that open data and open banking are the foundations for financial and technological innovation.

Zeiad Idris, Algbra’s Chief Executive Officer, underlines the importance of this trans-Atlantic relationship for global fintech progression, “The UK fintech space is a hugely exciting industry to be in at the moment. As a nation, we continue to show ourselves to be ahead of the curve. We can also learn a lot from the US market, and that’s why Algbra is helping to build this fintech bridge across the continents.”

NOTE: This article is a contribution and does not necessarily represent the views of IBTimes UK