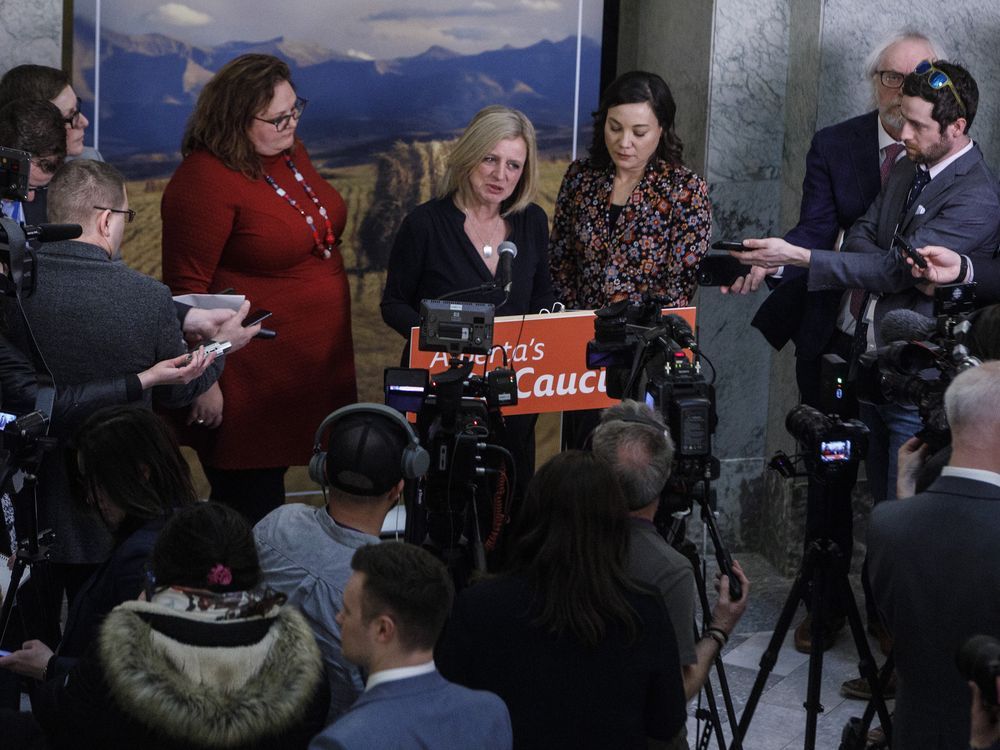 EDMONTON — A letter from 15 Alberta NDP constituency presidents and regional vice-presidents calls on Opposition Leader Rachel Notley and the party to investigate what it alleges to be a pattern of disrespect and mistreatment of party volunteers.

The letter, obtained by The Canadian Press, also lays out concerns over the fairness of the NDP’s nominee vetting process.

The letter was sent three months ago.

Notley, asked about the letter at a news conference Tuesday, said the executive is looking into it. She noted the letter made broad allegations but did not follow up with specifics and particulars.

“There are two sides to every story,” said Notley.

“Sometimes there is disagreement and conflict, and as a result it is really important to follow the process because that is what people on both sides of these things deserve to have happen.”

She wouldn’t commit to making public the results of the investigation.

The letter calls on Notley and the NDP executive to “initiate a process for independent review into reported instances of disrespect or mistreatment of volunteers by party staff.”

It adds: “Some individuals have reported instances of disrespect directed to (constituency associations) and individuals from central party staff members, suggestive of a pattern of behaviour inconsistent with party principles.

“In our view, the seriousness of the instances that have been brought to our attention necessitates an independent investigation to collect the facts and provide recommendations.

“This is essential for rebuilding trust.”

The letter also calls for clear expectations and timelines for vetting candidates, perhaps through a nomination committee.

“Some applicants have been in the vet for a year, creating distrust between the candidate, the (constituency association), and the party over concerns of favouritism,” said the letter.

“There needs to be clear milestones, and timeline-based expectations around progress should be communicated clearly and regularly.”

The letter says there is concern constituency association presidents are being left out of the loop on conversations and that their input is not being taken seriously higher up.

“The (constituency association) volunteers are the backbone of the New Democratic Party of Alberta, and while we may not all have the experience and responsibility entrusted to party staff, we expect to be spoken to, and corresponded with, in a manner that upholds our party’s commitment to respect,” said the letter.

Notley disagreed with the favouritism allegations. She said delays and other issues on vetting are more about mechanics and logistics, and said the party is working to fix that.

“It’s both a positive and a minus when your party is more and more seen as being on the path to government your nominations become much more contested,” said Notley.

“These are, to some degree, some growing pains.”

Brandon Stevens, the party’s executive director, said they have already met with and heard concerns from the letter writers, but he declined to discuss what was learned or confirm whether there is merit to the volunteer mistreatment allegation.

Stevens said they are eyeing changes to the party’s anti-harassment policy, among other recommendations, with an announcement to come as early as this week.

The NDP is moving quickly to choose nominees with the next scheduled election on May 29, 2023.

This report by The Canadian Press was first published June 7, 2022.