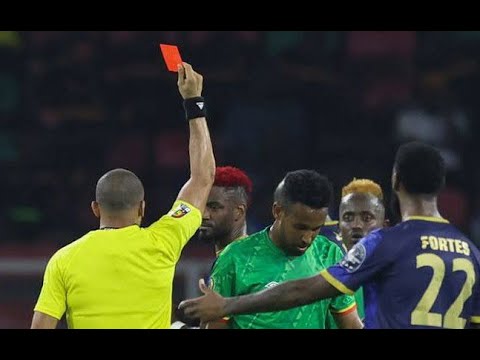 The ongoing Africa Cup of Nations (AFCON) finals underway in Cameroon has seen 13 red cards being shown to players so far—more than those witnessed at the previous edition.

There are several schools of thought behind the increase in the number of the red cards at the tournament—either these 13 players lacked discipline or VAR has helped spot more punishable offences.

The number of players sent for an early shower has by far surpassed the five red cards registered at the 2019 edition of the continental showpiece held in Egypt.

At the 2019 edition, Benin received the most, two red cards with the rest going to players for Kenya, Burundi and Ghana.

The Black Stars also hit headlines for wrong reasons in Cameroon, where, despite their early exit, they lead with the most two red cards.

With four games to go, it would not be surprising to be see more red cards flashed to players in Cameroon where the action has reached semifinal stage.

Burkina Faso take on Senegal on Wednesday before Egypt line up against the hosts Cameroon on Thursday.