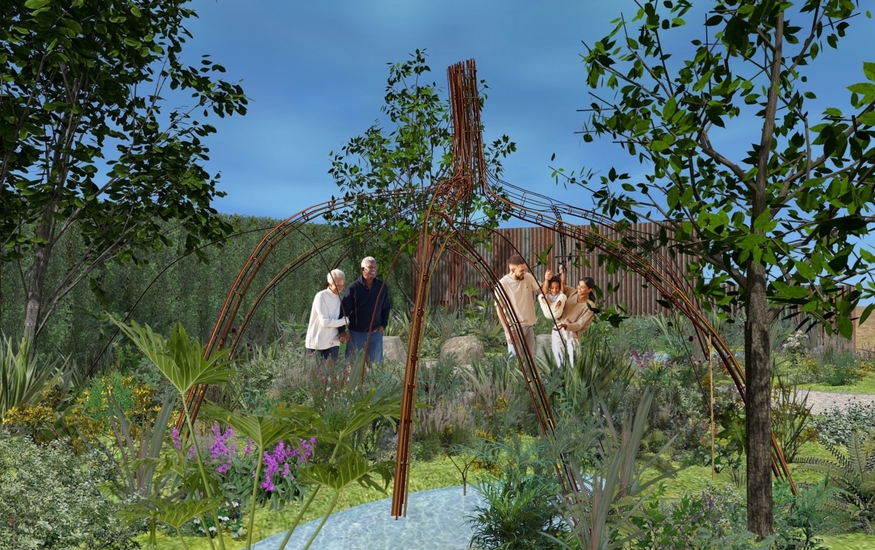 A garden inspired by the infamous Mangrove Nine story will go on show at this year’s Chelsea Flower Show.

Grow2Know — a non-profit organisation founded in the wake of the Grenfell Tower tragedy to highlight the healing/unifying power of gardening — will make their debut at the famous west London flower show this May, with their garden: ‘Hands Off Mangrove’.

The ‘Mangrove Nine’ were the nine activists charged with serious criminal offences, after demonstrating in 1970 against police racism directed towards patrons and staff of the Mangrove Restaurant in Ladbroke Grove, west London. The resulting 55-day trial saw all nine of the accused acquitted, as they successfully exposed evidence of racial hatred within the Metropolitan Police.

The centrepiece of Grow2Know’s horticultural tribute will be a four-metre-tall sculpture of nine ‘bare roots’ — each honouring a Mangrove Nine defendant, and serving as a reminder of the negative impact humans are having on the planet’s ecosystems.

The sculpture will be surrounded by edible plants — beetroot, peppers, rocket and tomatoes.

Tayshan Hayden-Smith, Founder of Grow2Know, said: “Touching on topics that hit home hard, Hands Off Mangrove by Grow2Know will celebrate the culturally rich and diverse community of North Kensington, as well as demonstrating that gardening has the capacity to heal and unify irrespective of culture, race, ethnicity, religion or age.”

You can visit the Hands Off Mangrove garden at the Chelsea Flower Show, which runs from 24-28 May. Once that’s wrapped up, the garden will be transplanted into a community space in North Kensington, not far from where the Mangrove restaurant stood.

There’s a superb Steve McQueen film about the Mangrove Nine on BBC iPlayer.