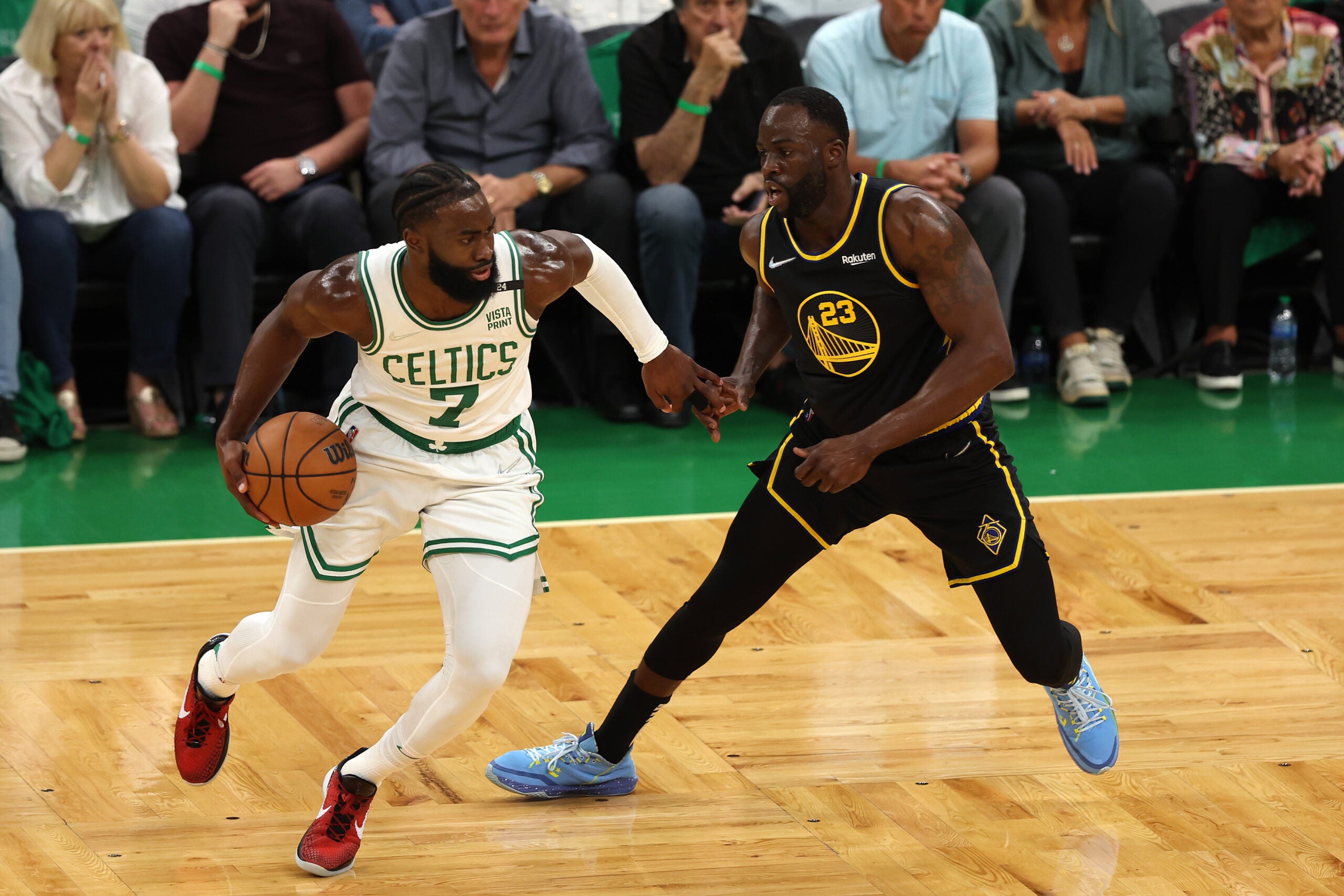 Here are the takeaways as the Celtics upended the Warriors 116-100 in Game 3, taking a 2-1 series lead in the NBA Finals.

1. Down the stretch, the Celtics changed things up a bit — they finished the game with both Al Horford and Robert Williams on the floor, a two-big lineup that crushed opponents for much of the season but has struggled against the Warriors’ shooting.

The pairing paid enormous dividends, especially since Williams looked healthier than we’ve seen at any other point during the Finals. He finished with eight points, 10 rebounds, four blocked shots, and three steals, and the Warriors looked intimidated by his rim protection.

Jaylen Brown said he believes Williams could have competed for Defensive Player of the Year as well, if he had been healthy all season.

“Rob, when he’s healthy and he’s out there moving like him, he’s one of the better defensive players in the league,” Brown said. “No surprise tonight.”

Meanwhile, the Celtics bullied the Warriors on the glass — 58-39 in total rebounds, with 15 offensive boards.

“We feel like they’ve been killing us in the glass this whole series,” Williams said. “Wanted to just put an emphasis on it.”

Williams hinted he might be risking some further health implications playing on his balky left knee, which still isn’t 100 percent after he tore his meniscus during the regular season. He returned against the Nets but has been day-to-day throughout the playoffs.

Still, Williams said the risk was “for sure” worth it.

“Knowing what I’m playing for, obviously,” Williams said. “Taking the risk of playing and getting this far, I’ve obviously got more work to do, but it’s worth it.”

When Williams is effective, the Warriors have a lot of issues on both ends.

2. Jaylen Brown put together a huge first quarter that helped the Celtics get off the ground — 17 points, five rebounds, and three assists that jump-started an 11-point lead. Often Brown starts hot as a scorer (and he was great as a scorer in the first quarter), but he was perhaps equally solid controlling the pace of the game, passing, and defending.

Brown finished with a team-high 27 points to go with nine rebounds and five assists.

“Our team obviously is in a position to win some games and do something special,” Brown said. “Coming out each and every night, putting our best foot forward is what we’ve got to do. When we win as a team, it feels even better. Tonight was a great team win for us.”

3. Once again, the third quarter was an adventure. Curry got hot beating the Celtics in pick-and-roll, while Klay Thompson added to the flurry of 3-pointers. A lead that once ballooned as high as 17 dissipated entirely and the Warriors briefly took a one-point lead before Marcus Smart buried a triple to put the Celtics back in front. The Warriors pulled Curry late in the period for a little rest, and the Celtics built back their lead.

“We didn’t fall off a cliff,” said Ime Udoka, which is true — the Celtics were outscored just 33-25, which set them up nicely when they won the fourth 23-11.

Crucially, the Celtics committed just three turnovers in the third. Curry and Thompson can get hot, but if the Celtics don’t beat themselves, they are in a much better position.

“We kept scoring,” Udoka said. “And then obviously that big fourth quarter. So that was the main key, to continue to be solid on offense and stay out of the teens, like we did in the first two games in the third quarter.”

4. After the third quarter, the Celtics looked significantly stronger defensively. They started the fourth by forcing Jordan Poole into a travel. On the next possession, both Robert Williams and Jayson Tatum forced Curry to take a tough triple. Williams forced Curry into a turnover on the next trip down, tipping away a pass attempt in the pick-and-roll. Curry turned it over twice more in the next two minutes. The Celtics slowly and inexorably built their advantage back up to double-digits over the next few minutes, which carried them the rest of the way.

5. Curry appeared hobbled late in the game after he was at the bottom of a pile of players diving for the ball. Steve Kerr had no update on Curry’s status after the game.

“I saw him getting dove on and that was about that,” Draymond Green said. “So I picked up my foul pushing off him because he’s screaming at the bottom of the pile. Yeah, it is what it is. I’ll take the foul. I’m going to get him off his legs, though. It’s all good.”

Curry said he hadn’t seen the play, so he didn’t know if it could have been avoided.

“We’ll see how it responds,” he said. “Not much other to say. I don’t feel like I’ll miss a game. Take advantage of these next 48 hours to get ready.”

6. Not the best look for Green here, given that Tatum’s right shoulder has been a well-documented issue since the Heat series.

Green finished with two points on 1-for-4 shooting to go with four rebounds and three assists.

How did he feel he played?

7. The Celtics’ bigs have struggled to defend Steph Curry in the pick-and-roll, dropping back too far into the paint and giving Curry ample room to pull up from deep.

“I’m going to have to look at it on film a little bit more,” he said. “In the game, I felt like I wasn’t up enough as I needed to be, and Steph got some really clear looks there and really hurt us with that. Then we gave up some kick-out threes that hurt us. I definitely put some of those on me, and I need to be better in those positions.”

At one point, Udoka could be seen yelling at Robert Williams after Klay Thompson shook free for one of his five 3-pointers.

“I told him I thought I was up,” Williams said. “Just playing against great players, you can’t give them an inch of space at all. We had to adjust down the line.”

8. Klay Thompson — who finally got on track after a slow start to the series with 25 points — made waves with his answer when he was asked about the crowd (which chanted “F— you, Draymond” multiple times on Wednesday).

Hopefully the children of Boston won’t be too traumatized by profanity.

9. Jayson Tatum was asked about how big the moment felt as the Finals returned to TD Garden for the first time since 2010 with celebrities like Paul Pierce sitting front row.

“Paul Pierce?” Tatum quipped. “We had Nelly. We had Nelly in the building. St. Louis was in the house.”

Nelly performed at halftime. If you want a clear indicator that this is Jayson Tatum’s team, consider that a Boston-based franchise brought in perhaps the most famous St. Louis native in history.

At least, the most famous St. Louis native in history … for now.

“Nelly is arguably like the most famous guy from St. Louis, until I catch up,” Tatum said, smiling.