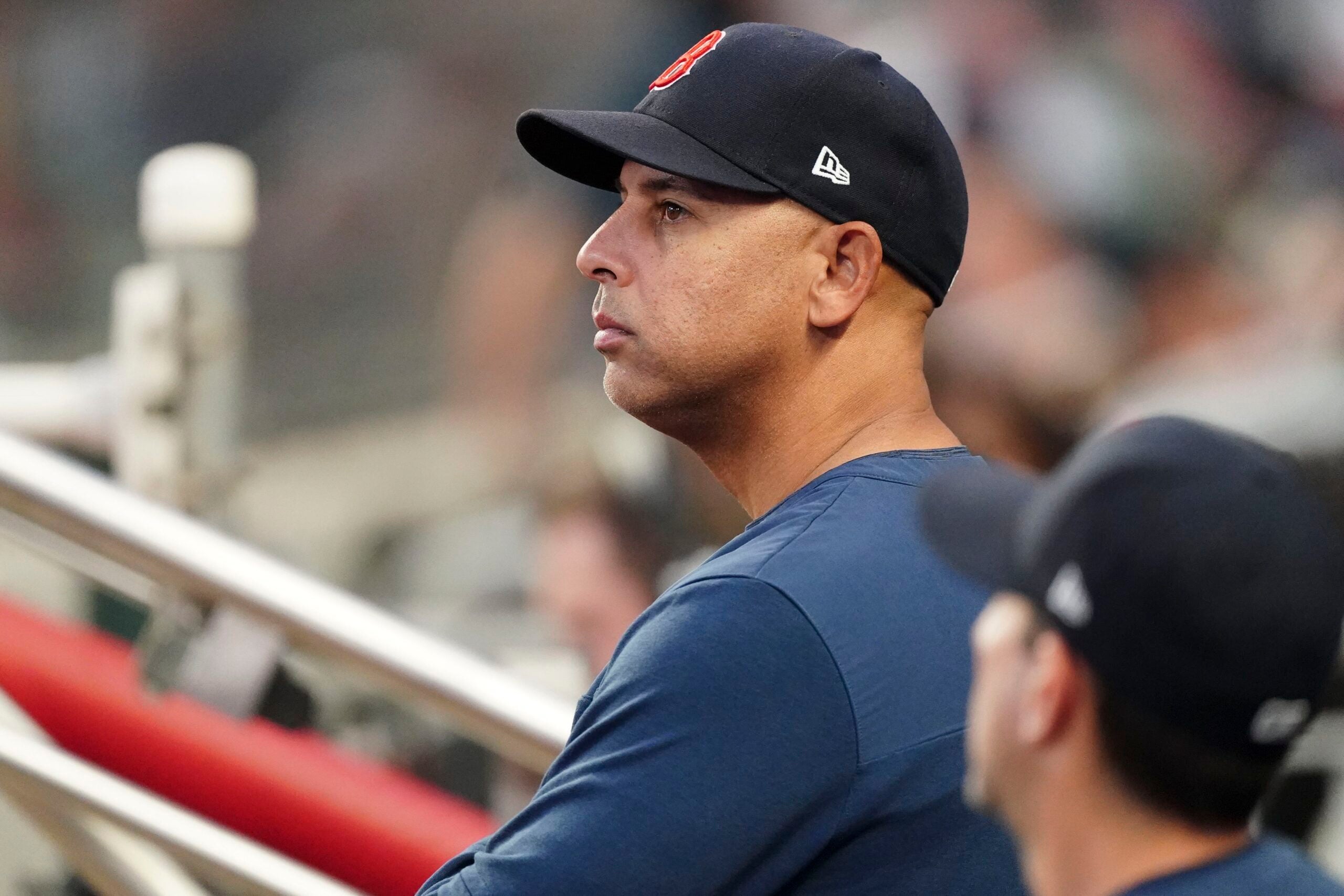 As the second half of the Major League season begins, there’s plenty of chatter surrounding whether the Red Sox should be buyers or sellers ahead of the Aug. 2 trade deadline.

They find themselves at 48-45, which doesn’t seem particularly noteworthy in itself. When presented with context, however, it induces a lot of head-scratching.

Manager Alex Cora, speaking before the Red Sox hosted the Blue Jays on Friday, made it clear the next few months — not the past few — will define this season.

Cora isn’t caught up in the talk.

Cora doesn’t put too much stock into any of the buzz or rumors. He does, however, get why they’re there.

Cora believes this is an important stretch, with series against the Blue Jays, Guardians, Brewers, and Astros — four teams they could possibly see in the playoffs. They’re scheduled to play 17 consecutive days, so this could be a particularly telling and significant crossroads.

“At the end of the day, what we do as an organization is try to get better this season and in the future,” Cora said. “We’ve been very loud about it. The standings are the standings, and we’re going to be judged by what we do.”

Cora said he has “no idea” how long Sale — who underwent successful surgery Monday after fracturing the pinkie on his throwing hand — will be sidelined. As of Friday, Sale is officially on the 15-day injured list, retroactive to July 19.

“Hopefully he can get back with us, dominate, and help us accomplish what we’re trying to accomplish,” Cora said.

Cora referenced the 2018 season, when Christian Vázquez broke his pinkie and missed about six weeks. He said this situation could end up unfolding similarly, but of course, each injury is different and Sale is a pitcher so everything is magnified.

The rest of the rotation has some question marks as well.

Bello, widely regarded as the organization’s top pitching prospect, struggled in both of his Major League starts. He allowed four earned runs in four innings in his debut and five more in four innings five days later.

He has a prime opportunity to make a major contribution in the coming weeks and solidify his spot in a rotation that needs a jolt.

The Red Sox could also get a boost from lefty Rich Hill, whose return appears to be imminent after he sprained his left knee in early July. Hill pitched a three-inning simulated game Friday and looked “really good,” according to Cora.

Trevor Story should be back Sunday.

Second baseman Trevor Story, out with a right hand contusion, appears on track to return Sunday.

He tracked pitches Friday afternoon and looked comfortable in the box but didn’t swing.

Cora said Kiké Hernández, out since early June with a right hip flexor strain, is “feeling better” and working out in the weight room. Hernández, who was instrumental in the club’s postseason run last year, has only played 51 games and could provide some much-needed versatility.

J.D. Martinez was a late scratch Friday due to back spasms, and his status moving forward is uncertain.

They’ll have David Ortiz on their minds this weekend.

Cora will be working when David Ortiz is inducted into the Baseball Hall of Fame on Sunday, but “the big man” is on his mind.

“I just hope he enjoys it, and everyone does,” Cora said. “Besides the baseball part and the Hall of Famer, everyone appreciates David as a person. It should be a fun weekend.”

Cora said Jason Varitek, currently the team’s game planning coordinator, will attend the ceremony in Cooperstown. He also believes Dustin Pedroia, Kevin Youkilis, and Johnny Damon will attend, to name a few. As for Manny Ramirez…