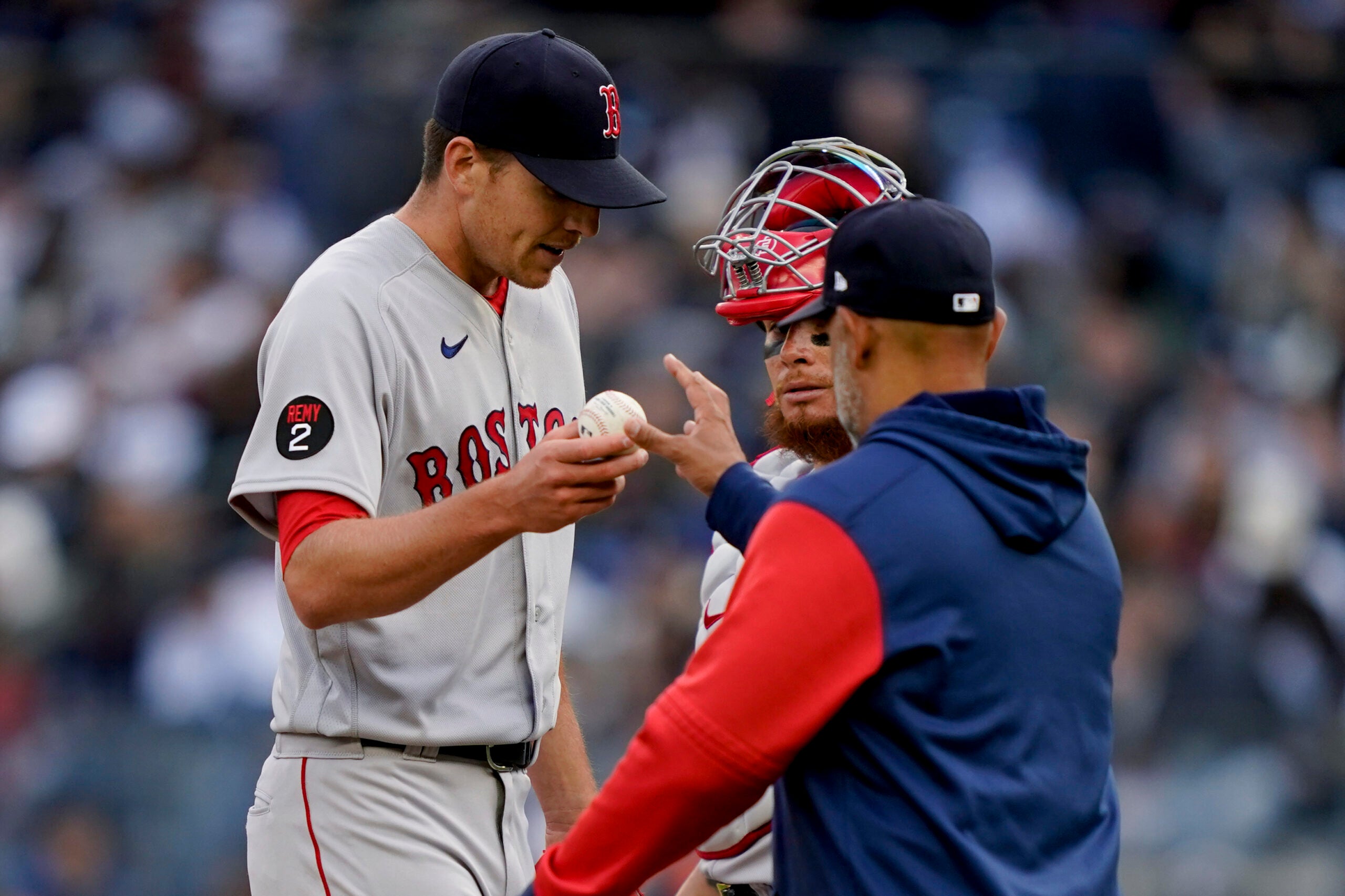 The Red Sox remained winless in the 2022 season following Saturday’s game against the Yankees. They fell 4-2 to move to 0-2 on the extremely young season. Time to panic? Certainly not, but there wasn’t much good to write about the Red Sox on Saturday.

Here are four takeaways from Boston’s loss to New York.

Boston got another home run early on to jump off to an early lead. This time it was Alex Verdugo, who hit a two-run homer to right off Yankees starter Luis Severino. The right-handed pitcher lasted just three-plus innings though, getting pulled in the top of the fourth after Verdugo hit a leadoff single off him.

But that just began the dominant afternoon for New York’s bullpen, which pitched six innings of scoreless ball. Yankees manager Aaron Boone deployed six relievers, all of them pitching one inning each.

Keeping with the theme of déjà vu from Opening Day, Anthony Rizzo got the Yankees on the board when he hit a two-run homer off Red Sox starter Nick Pivetta to tie the game up, 2-2. Two innings later, Giancarlo Stanton joined Rizzo as Yankees who’ve already hit multiple home runs this season, hitting a two-run shot to give New York a 4-2 lead.

Pivetta’s day ended later in the inning, and while the Red Sox were able to keep the Yankees off the board for the remainder of the afternoon, they weren’t able to come back. Yankees closer Aroldis Chapman closed out the Red Sox in the ninth.

Star of the game

The Yankees’ slugger has become a Red Sox killer. A day after a game-tying homer, Stanton gave New York the lead with his two-run homer in the sixth. Unlike his home run on Friday (which was his 358 feet to right), Saturday’s home run was a no-doubter. He crushed Pivetta’s inside slider 437 feet to left center.

Saturday marked the sixth-straight game that Stanton has hit a home run against the Red Sox, going 8-for-24 at the plate during that stretch. He clearly has the Red Sox’ number right now.

Obviously, there are 160 games left in the season, so it’s way too early to say Sunday’s game is a must-win game. And yeah, the Red Sox recovered really well after getting swept in humiliating fashion to the lowly Orioles to start last season. So, losing early games isn’t the end of the world. But still, it’d be nice for the Red Sox to not get swept by the Yankees to ring in the new year, especially when these games could be used in any tiebreakers at the end of the season.

1. Nick Pivetta’s start should’ve been good enough for the Red Sox on Saturday. Through five innings, Pivetta gave up two runs on three hits and a walk while striking out four Yankees hitters.

When Pivetta returned for the sixth, he’d already tossed 64 pitches, so it was reasonable to think that his day should’ve ended by that point. But Red Sox manager Alex Cora left him in to face the heart of the Yankees’ lineup for the third time. He walked Aaron Judge to start the inning and after getting Rizzo out, he allowed the two-run homer to Stanton.

Pivetta retired the next hitter, but his day ended after that. Despite how the sixth inning went, Cora was pleased with Pivetta’s start.

“His stuff was really good. His fastball was that good. If we could take one pitch away, it probably was that slide-step slider. It just backed up and stayed in the zone too long and Stanton got to it. Besides that, he gave us 5 2/3 of solid baseball, four runs against that team. It’s a good start, but unfortunately, we didn’t swing the bat well today.”

Cora’s decision to leave Pivetta in for the sixth could be seen as him not trusting his bullpen, which had a very shaky spring training, to say the least. But Cora believed Pivetta had more in him.

“I mean, he was built to throw 90 [pitches] today and six innings. That’s what we did in spring training,” Cora said. “It’s one of those, yeah third time through the lineup and all that stuff, but he made some good pitches against [Josh] Donaldson [in the fifth]. The velocity was OK. Just that pitch, the slide-step slider hung in there. He made some good pitches on [DJ] LeMahieu. It’s one of those. We trust our guys. We build them up to give us quality innings early in the season.”

2. Speaking of the bullpen, they actually had a good day on Saturday. Austin Davis finished out the sixth while Hirokazu Sawamura and Phillips Valdez pitched the seventh and eighth innings, respectively. They retired all seven Yankees hitters they faced.

But Matt Barnes, who went from being an All-Star closer to not being used at the end of the season in 2021, still hasn’t pitched yet this season despite the close games. After the righty struggled with velocity issues in spring training, Cora shared that Barnes is still unavailable due to tightness in his back. Cora said that Barnes will get on the mound before Sunday’s game with the team targeting to have him available for the upcoming series against the Tigers.

So far, the Red Sox’ bullpen has allowed just one earned run through 7 1/3 innings pitched. Of course, they gave up two unearned runs in the Opening Day extra-innings loss.

3. Boston’s right-handed hitters struggled mightily on Saturday, going 2-for-23 with three walks. With the Red Sox having six right-handed hitters in their starting lineup, Boone used his bullpen to get him the favorable matchups. Three of the four relievers the Yankees pitched before getting to closer Aroldis Chapman were righties.

The move paid off for Boone. The Red Sox failed to get a hit against the Yankees’ righty relievers, going 0-for-9 on Saturday.

Xander Bogaerts went hitless after injuring his hamstring at the end of Friday’s game. Trevor Story was able to record his first hit (a double) as a Red Sox and walked to go along with it. But Kiké Hernández remains hitless on the season as he went 0-for-5 on Saturday.

4. The Red Sox’ moves to bolster their defense in the outfield paid dividends on Saturday. Jackie Bradley Jr. made his first highlight plays in right this season, gunning down Joey Gallo as he tried to stretch a single into a double.

In the fourth, Judge hit a deep fly ball to center that appeared to at least be an extra-base hit, if not a home run. But Hernández leaped up and caught the ball at the top of the wall to at least save an extra run before Rizzo’s homer.

Verdugo also made an impressive diving grab in left to save a hit.

While much was made about adding Story’s bat and losing Hunter Renfroe for one of the worst hitters in baseball in 2021, it’s hard to debate that the moves didn’t help the Red Sox’ defense. Hernández gets to play center field on a full-time basis with Story at second and despite his flaws at the plate, Bradley has always been a sure thing as a fielder.