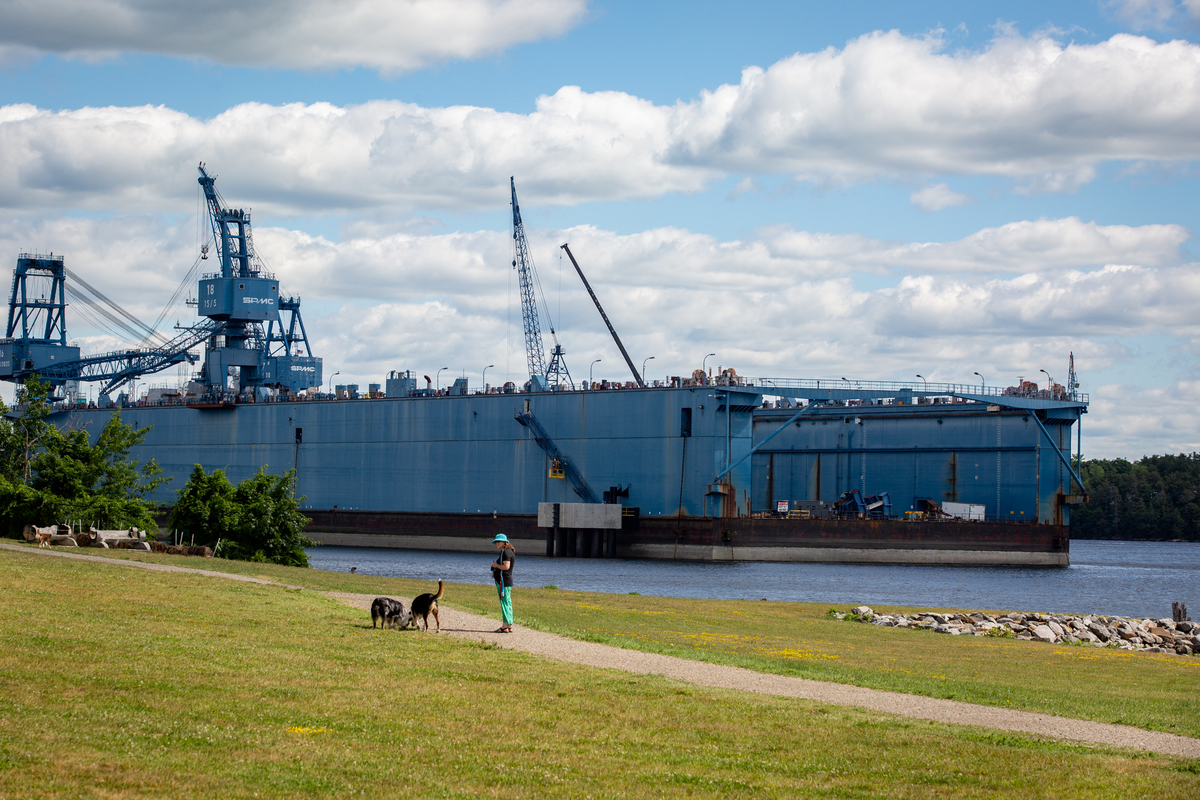 BATH, Maine — Four siblings traveled from Ireland to bear witness Wednesday to a milestone in construction of a Navy destroyer that’ll bear the name of their brother, an Irish-born Marine killed in Vietnam.

Lance Cpl. Patrick Gallagher survived falling on a grenade to save his comrades in July 1966 — it didn’t explode until he tossed it into a nearby river — only to be killed months later on patrol in January 1967. He was awarded the Navy Cross for his heroism.

A brother and three sisters were on hand to celebrate his legacy during a keel-laying ceremony at Navy shipbuilder Bath Iron Works. Also present were members of Gallagher’s unit in Vietnam.

The keel-laying ceremony harkens to the days of sailing vessels when construction began with a keel upon which the ship is built. In modern times, the event on Wednesday marked the joining of the first massive hull units. Additional hull units will later be added to complete the ship.

The three sisters, Teresa Keegan, Rosemarie Gallagher and Pauline Gallagher, are the ship’s sponsors and will christen the warship with sparkling wine when it’s closer to completion.