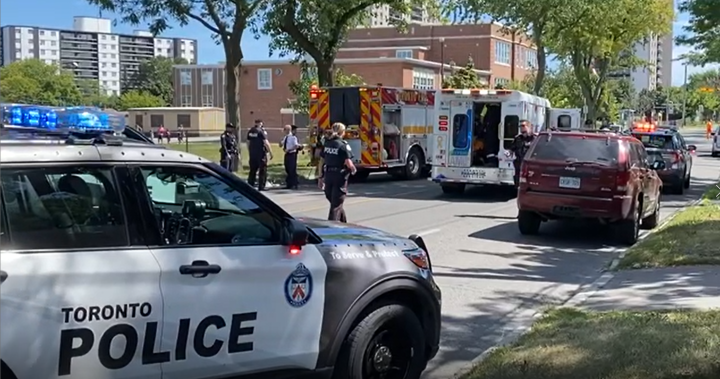 A woman was stabbed in a home and a man shot by police in Toronto on Saturday afternoon.

In a tweet, Toronto police said they were called to the area of Midland Avenue and Kingston Road at around 2:33 p.m. for reports a woman had been stabbed.

Police said the woman was stabbed by a suspect inside a house with a child or multiple children inside.