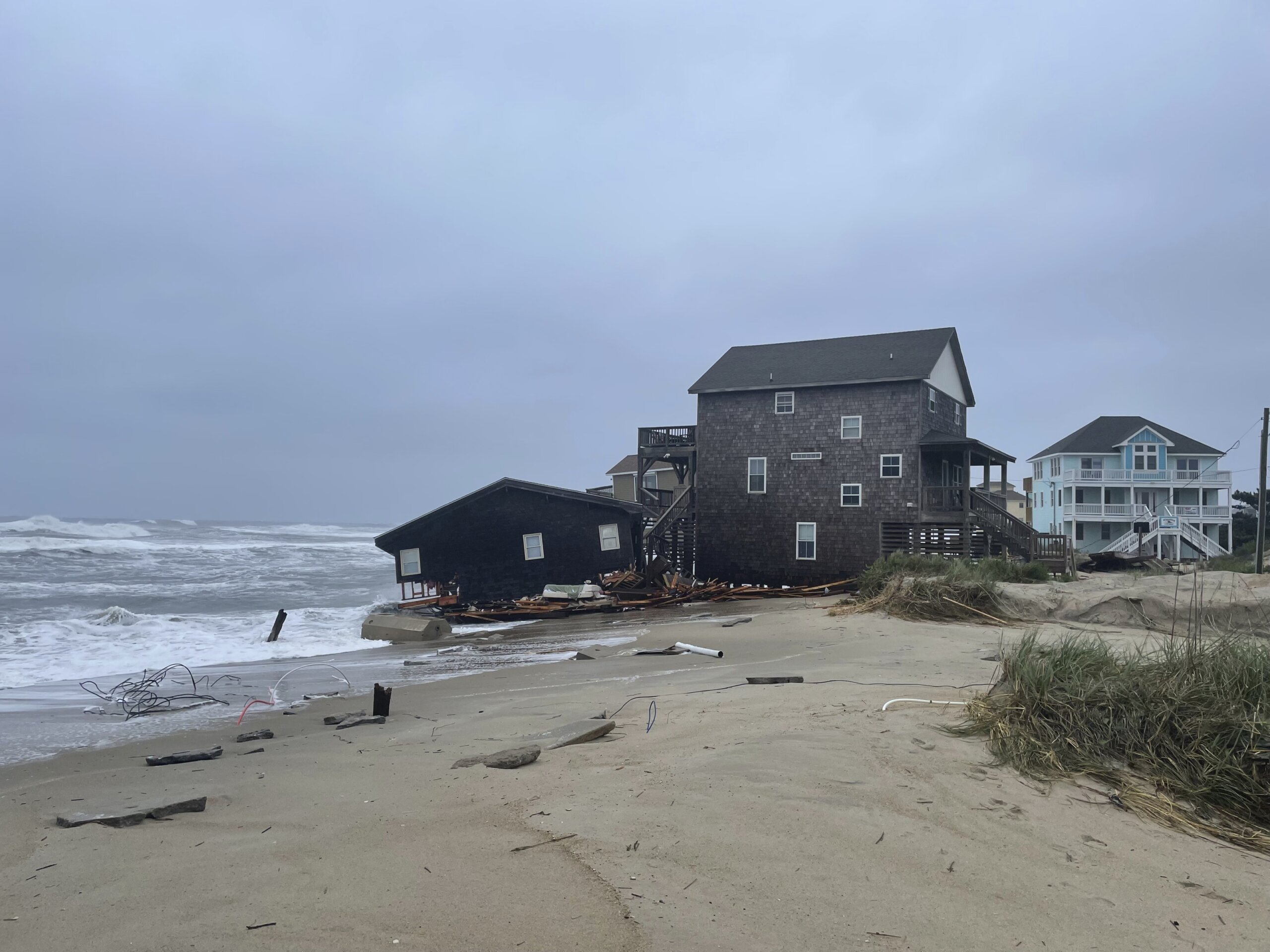 Another beach house has fallen into the waves along North Carolina’s coast and more are in danger of collapsing, U.S. National Park Service officials said in a statement Tuesday.

The unoccupied homes were located along Ocean Drive in the Outer Banks community of Rodanthe. The park service confirmed both collapses Tuesday and has closed off the areas around the houses.

Debris from the first fallen house was spreading widely. Officials from the Cape Hatteras National Seashore, which is part of the park service, said they will be working closely with the homeowner to coordinate cleanup activities.

This is the third time a home has fallen into the surf this year. A house in Rodanthe collapsed in February and spread debris across many miles of beaches before the homeowner and volunteers were able to clean most of it up. However, clean up efforts for smaller pieces of debris continues.

“Unfortunately, there may be more houses that collapse onto Seashore beaches in the near future,” David Hallac, superintendent of National Parks of Eastern North Carolina, said in a statement. “We proactively reached out to homeowners along Ocean Drive in Rodanthe after the first house collapse and recommended that actions be taken to prevent collapse and impacts to Cape Hatteras National Seashore.”

North Carolina’s coast is almost entirely made up of narrow, low-lying barrier islands. Hatteras Island is part of what’s known as the Outer Banks.

Hundreds of pricey vacation homes have been built there in places where experts say they probably should not have been. The islands are particularly vulnerable to storm surges and to being washed over from both sides.

Development only makes the problem worse because communities replenish shorelines that are eroding or have been depleted by storms. As sea levels rise, barrier islands typically move toward the mainland over long periods of time. Holding them in place by artificial means only makes them more vulnerable.