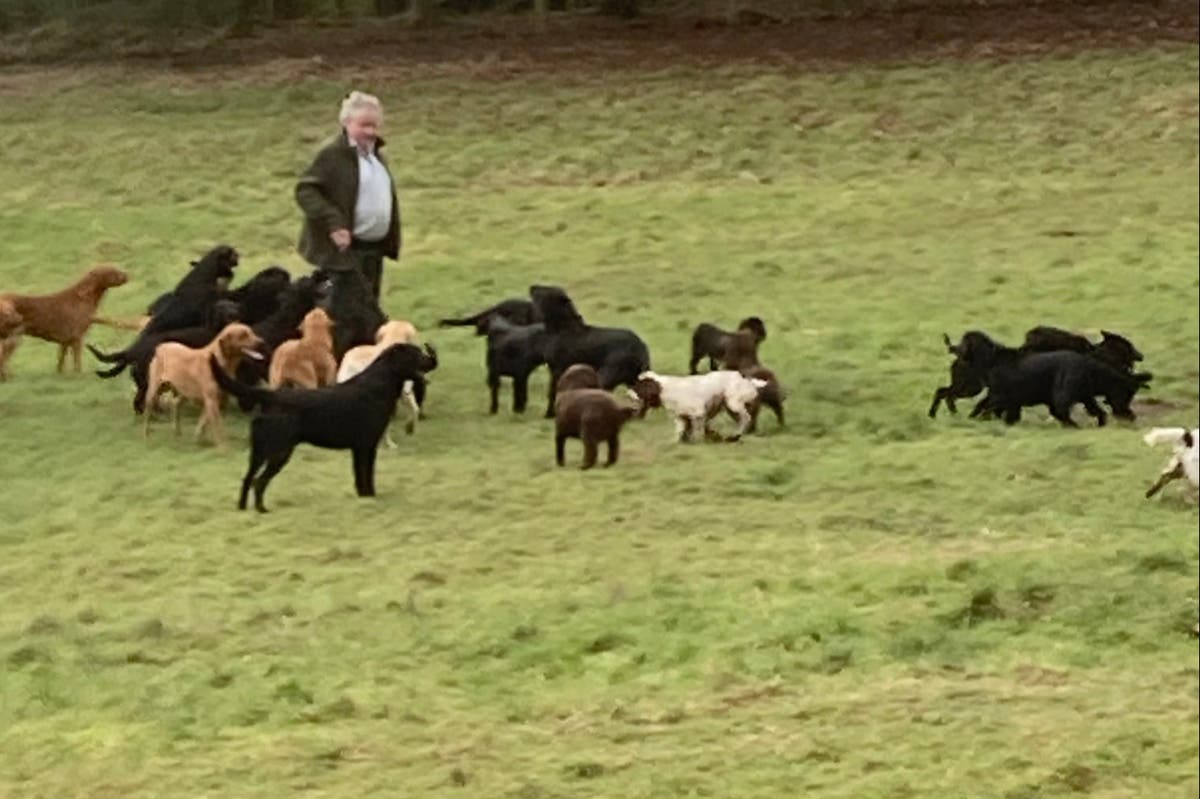 hirteen pedigree dogs were electrocuted after a tree brought down a power line that landed on their kennels during Storm Dudley.

The tragedy occurred on Wednesday afternoon at the kennel block at Cuckavalda Gundogs, near Ampleforth, North Yorkshire.

Owners Jack Peckitt and his wife Anna posted a message about the “tragic incident” on social media.

They wrote: “….Cuckavalda Gundogs have had a tragic accident around 4pm yesterday .

“A tree blow down taking a powerline of 11k vol with it which fell on the kennel block, with electrified the runs. Unfortunately 13 dogs lost their lives…RIP you beautiful creatures – all taken far too young”.

All the dogs were aged between seven months and six years, they added.

A Northern Powergrid spokesperson said: “Storm Dudley caused a tree on a customer’s land to fall and bring down a section of overhead power line onto kennels which were situated directly under the section of electricity network.

“Sadly, a number of dogs in the kennel were electrocuted. As soon as we were alerted, we isolated supplies in the YO61 and 62 areas, causing a power cut for around 680 customers.

“Our contact centre advisor also provided immediate safety advice to the customer to stay clear of the area and metal kennel.

“Power was safely restored to the majority of customers last night. We remain in contact with the customer, and our teams are on site carrying out final repairs to the section of network damaged by the storm.”

It comes after a lorry driver died after being blown off an HGV as Storm Dudley battered parts of the UK with strong winds.

The man, aged in his sixties, fell from the vehicle in Marston Green, near Solihull, in the West Midlands at 9pm on Wednesday.