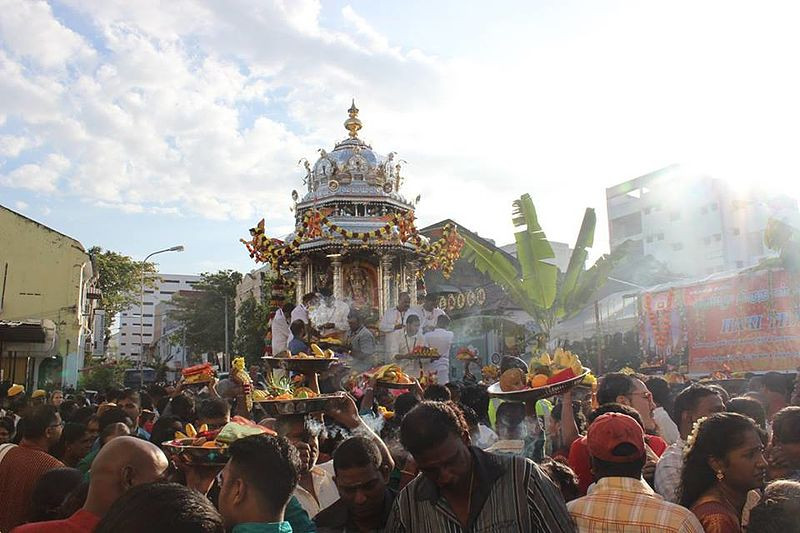 At least eleven people, including three children, were electrocuted after a temple chariot they were travelling with came in contact with an overhead high-transmission live wire in Kalimedu village near Thanjavur district of India’s Tamil Nadu.

The accident happened while the chariot was being pulled by devotees during a religious procession that was held to celebrate the 94th Appar Gurupoojai (festival for Lord Ayyapa) on Wednesday.

Three people died on the spot while eight died at a local hospital. Fifteen people who sustained injuries in the incident are being treated at Thanjavur Medical College hospital.

“This is an annual festival and when they were moving the chariot, the accident occurred. We are investigating if it touched the high-tension wire or was it due to the ‘arc of influence’. An FIR has been filed to find out the exact cause of the accident,” said Trichy Zone Deputy Inspector General of Police (DIG), Balakrishnan.

The chariot went up in flames immediately after the impact damaging the idol that was kept on it. The video of the burnt chariot has gone viral on social media.

Expressing grief over the incident, state chief minister MK Stalin has announced a solatium of Rs 5 lakh (£5,185) each to the families of those who lost their lives in the tragic incident.

The Chief Minister will also be paying a visit to the village where the incident took place, later in the day. School Education Minister Anbil Mahesh Poyyamozhi is also likely to visit Kalimedu.

CM Stalin has also directed the district administration to ensure that “best possible treatment is provided to the injured,” according to The New Indian Express. Meanwhile, a case has been registered and police have launched a probe into the incident.

Prime Minister Narendra Modi also took to Twitter to express his grief and said that he was “deeply pained” by the accident. The PM has also announced financial assistance for the families of the deceased.